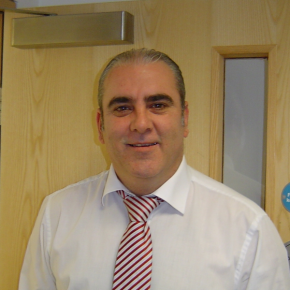 Graham Hulland, Door Controls Product Manager from DORMA discusses how to make an informed specification when it comes to meeting fire safety and access legislation. 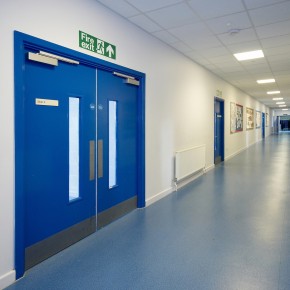 For every public and commercial building in the UK, both fire safety and access requirements must be met to satisfy current building regulations and legislation. Sourcing a product that can fulfil both requirements is not always straightforward and a key part of the process is the specification of the correct door closers. It is also important to be aware that if a solution is selected that is different from methods suggested by any of the Technical Booklets, you must be able to demonstrate that it meets the requirements of the Building Regulations by other means.

The issue is that door closers fitted to fire doors must reliably close the door from any angle and be strong enough for the door to remain closed in the event of a fire. However, the doors must still be sufficiently easy to open to allow day-to-day access to the building for all occupants and evacuation in an emergency. The Equality Act 2010 requires that the physical features of a building (including fixtures, fittings and materials) must not restrict access to people with disabilities. This means door closers must be specified that do not require an excessive force to open.

It is important to understand that not all door closers can meet both criteria. The regulations state the opening forces are in relation to the door ‘set.’ Unless the door is Automated or fitted with a Hold Open or Free Swing door closer, there is no way of guaranteeing compliance. This should always be kept in mind when evaluating door closers that claim to be compliant with The Equality Act 2010.

Building Regulations BS8300: 2009 and Approved Document M in England and Wales, Section 3 in Scotland and Part R in Northern Ireland detail the specific required performance of door closers and the revised requirements for minimal opening forces. These all state that: “…a door set must produce an opening force of below 30N between 0° and 30° degrees and below 22.5N between 30° and 60° degrees.” 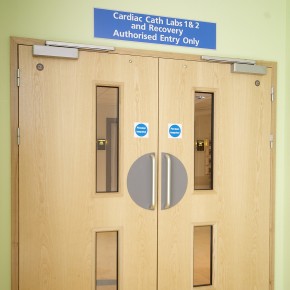 Manufacturers can express the performance of a door closer in a number of ways, such as efficiency – describing the closing force as a percentage of the opening force or by stating the minimum width of door to which a door closer will exert 30N when operated. However, both of these methods for calculating the opening force may not reveal differences in the force required throughout the open/close cycle.

To ensure that specifications are made correctly, third party Torque Curve data should supplement the efficiency and minimum width figures. The Torque Curve will show the forces throughout the opening and closing cycle in Newtons from initial opening through and beyond 60°.

It is also important to remember that while door closers have an integral role to play in meeting the values for door opening forces, the effect of other ironmongery should also be taken into account. Using Torque Curve information allows the calculation of tolerances the door closer will allow for in terms of resistance from other fitted items – such as door seals and hinges and site conditions. It should be noted that BS8300 also recommends variable power door closers, which should enable installers to cope with most site conditions.

Specifiers have a duty of care to select door closers that have been third party tested for opening/closing forces using the testing criteria detailed in BS EN1154, the standard for controlled door closing devices. High quality ironmongery such as hinges, latches and intumescent seals should also be selected in order to keep the resistance added to the door to a minimum.

Ensuring compliance with fire and access legislation when specifying elements such as door closers can be a complicated but crucial task. To help you make an informed choice, DORMA has produced a practical guide.