Blogs » Environmental building standards could be threatened by Brexit 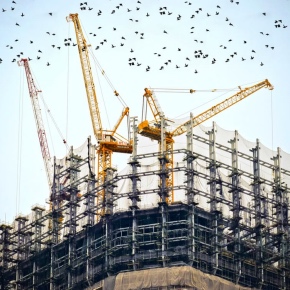 Environmental building standards could be threatened by Brexit

Following the recent votes in the House of Commons, it is now confirmed that the UK will be entering negotiations to leave the EU. The Prime Minister, Theresa May, has stated that she wants to invoke Article 50 of the Lisbon Treaty no later than the 31st March. This should mean that Britain will leave The EU by the end of March 2019.

Much of the UK’s building regulations come as a result of EU directives and legislation. Therefore, in this article, Ian Patterson, co-founder and managing director of Paint Inspection, a coating inspection and surveying company that ensure buildings and industrial structures adhere to environmental and safety regulations, discusses what Britain’s exit from The EU could mean for the laws and standards governing Britain’s construction industry.

It would be fair to say that the Brexit vote caused a fair amount of upheaval and uncertainty in the construction industry. As reported by The Independent, UK construction initially responded to The EU Referendum result by shrinking at its fastest rate since 2009. However, since then, the industry has recovered, as seen in the latest Markit/CIPS UK Construction Purchasing Managers’ Index.

For the next two years at least, the British construction industry is going to continue to be bound by EU regulation and legislation. However, while Theresa May’s announced Great Repeal Bill would automatically enshrine all existing EU legislation into UK law, this is with the caveat that any of it can be amended or repealed before it is enshrined. Therefore, given that supporters of Brexit within the UK construction industry, such as Lord Bamford, have said that Britain would be better off outside of The EU, pointing to red tape in the industry caused by EU directives and regulations, there is a possibility that changes could be made to certain regulations before they become part of British law.

For example, the EU’s Energy Performance of Buildings Directives (EPBD) could be a target. Firstly, they are particularly complex as they are implemented in the UK as two separate pieces of regulation – the Building Regulations and the Energy Performance of Buildings Regulations – meaning construction firms currently have to adhere to two different sets of rules. Furthermore, as an EU Directive isn’t legally binding and is rather a suggestion on how something should be done, other EU member states implement the EPBD differently. Therefore, I wouldn’t be surprised if pressure from the heads of construction firms leads to the current regulations being amended at the very least before entering UK law.

As part of the regulations resulting from the EPBD and the Climate Change Act (2008), Britain is also required to make all new buildings nearly zero energy by the end of 2020 as part of a Climate Change Act obligation to reduce emissions by at least 80% by 2050. While I admire the ambition of that target and the UK still has 33 years to meet it, I also wouldn’t be surprised if these obligations fell by the wayside as part of the Great Repeal Bill.

Given the Construction Design and Management (CDM) Regulations cover a very wide range of health and safety considerations on construction sites, I can see some of the peripheral aspects of the regulations being amended too. Given the CDM Regulations govern health and safety and have already been enshrined in UK law for over twenty years, I really only see them being slight changes regarding aspects like Domestic Client Duty and passing some of the cost of providing protective eyewear onto workers though.

While I can certainly see the regulations that resulted from EPBD being amended then, I would be surprised if we saw any significant amendments to others, such as the CDM Regulations. Workers’ unions are quite rightly going to fiercely object to lessening the strength of any legislation or regulations that protect the health and safety of workers. Unfortunately, in this regard, the protection of the environment would be considered less important, and it should also be remembered that the United States now also has a President who is at the very least dubious about climate change. Therefore, given the rhetoric coming from America, some in the UK may feel emboldened and call for a rolling back of the UK’s environmental legislation, thereby altering many of the standards that I and my colleagues work to when inspecting and surveying structures and industrial transport currently.