Blogs » Flooding without action is a serious political risk 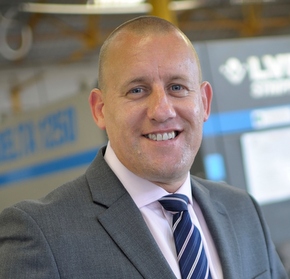 Flooding without action is a serious political risk

Steve Durdant-Hollamby, MD at Alumasc Water Management Solutions (AWMS) explains why we must build better, with more robust upstream water management that has the capacity to minimise the threat of heavier, more intense rainfall.

June’s flash flooding in London, Greater Manchester, Cheshire, Scotland, and cities across Northern Europe from Paris to Prague came as a shock. In the South of England polling stations were flooded, disrupting voting in the EU referendum.

A spokesman for Cheshire East Council said: “No one could have predicted the severity of flash flooding that we experienced.”

In Prague, a businessman feared his company suffered damage costing a million euro. “Within five minutes water levels rose from nothing to a stream. An incredible stream, and the worst thing is we can’t understand how this could happen. We don’t know,” he said.

Except we do know, and it will get worse. We are feeling the impact of a fundamental shift in our weather. Yet we’re not taking adequate action to mitigate the effects of climate change.

Interviewed on BBC R4 Today programme on 12th July, Lord Krebs Chair of the Adaptation Sub-Committee of the Committee on Climate Change said flooding is one of the six major risks to our infrastructure and Government needs to take action urgently before we come to regret it 10, 20, 30 or 40 years to come.

Climate models suggest flooding will increase in intensity and frequency so we need to assess the impact on individual properties and the knock-on effect to electricity supply, communications and transport. For example, if a bridge carrying telecoms, gas and power is washed away in a flood it will cause catastrophic disruption to surrounding homes, communities and businesses.

There’s no shortage of parliamentary commissions, government inquiries and high level reports spelling out the seriousness of the problem or the solutions.

The ‘Living with Water’ report called for a “Cabinet champion to set in train a longer term vision for delivering a coordinated and sustainable long term flood and water management strategy to protect homes and infrastructure against the increased flooding whilst at the same time protecting against increased water scarcity caused by drought.”

We should be doing more to prepare ourselves, and adopting resilient design practices such as sustainable drainage (SuDS). Urbanisation without SuDS (and without a mix of soft and engineered solutions) combined with climate change means more floods in future.

It’s ironic that, having added the requirement for SuDS on all new developments in the new Housing and Planning Bill at the insistence of the Lords, Government removed it at the 11th hour before it gained Royal Assent.

The amendment was intended to protect communities from flooding, but it was withdrawn following the Government’s promise to review existing planning policy related to sustainable drainage. Who will drive SuDS and what will be enforced?

Most would agree: we need more houses and better protection and resilience against flooding. If we’re going to build more, and build more resilient buildings for a changing climate, we must build better, with more robust upstream water management that has the capacity to minimise the threat of heavier, more intense rainfall.

Cars floating in London and central Paris underwater may get Government and politicians to take it seriously. Flooding without action is a serious political risk, far bigger even than the impact of Brexit, however big that turns out to be.