Blogs » Government’s bonfire of green incentives – where to now? 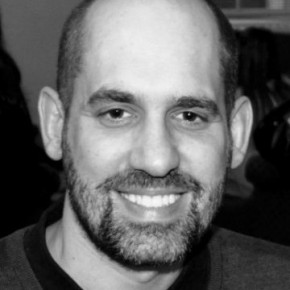 Government’s bonfire of green incentives – where to now?

James Parker, from construction industry specialist comms agency CFA, looks at the consequences of the latest assault on the green building agenda and asks if ‘leaving it to the market’ will really work.

Since coming into office the new Government has been systematically dismantling the apparatus supporting the construction efficiency agenda, whether it is the removal of the zero carbon homes 2016 target, the canning of Green Deal funding by Government, or the drastic pruning of the Construction Leadership Council.

Leaving it to industry to create incentives

It’s of limited value to join the throngs of mourners wringing their hands and saying they were supposed to be the Greenest Government Ever. Instead, perhaps it’s more sensible to employ a more practically useful cliché; we are where we are, however it’s not a good place given the challenges of 2020 and 2050 carbon targets, and the equally pressing issue of our out of date building stock.

The Government seems intent on leaving it to industry to somehow create incentives for energy efficiency improvements, and to let fabric fight it out with renewables in the mythical proving ground of the marketplace, to see what will stack up.

Assault on the green agenda

It’s somewhat unsurprising in retrospect that given our mounting national debt, George Osborne was going to start stripping out some of the ‘extras’ such as Green Deal funding, especially given that the latter was such a resounding failure. However the alacrity was somewhat breathtaking.

The big question is, what if getting rid of these initiatives is actually counterproductive to UK plc’s output? Equally unsurprising as George’s bonfire of the incentives was ex Energy Secretary Ed Davey’s recent accusation that the Tories are putting billions of pounds of private sector investment at risk with their “assault on the green agenda.” Although he was largely talking about the wider renewables industry, which has been dealt a hammer blow, the same is true of the UK construction sector.

Will the private sector deliver?

While coming from a bitter place as his party languishes in the shadows, Davey’s words contain a dangerous edge of truth. The point is, the private sector will not act altruistically en masse to achieve energy improvements unless one of two things happen, either demand encourages them to deliver, or they are compelled by regulation.

It’s arguable that the Code for Sustainable Homes only took hold as best practice in the housebuilding sector because it was made mandatory to Code level 4 in social housing. Davey says that he had to fight tooth and nail to retain the ECO programme, which was delivering substantial energy efficiency improvements to social housing across the UK, but was marked for culling, although the benefits to the Treasury of so doing are hard to see.

It’s now much reduced, but remains as one possible way the private sector can be leveraged to introduce improvements without having to depend on consumers who are keen on being green.

The biggest anomaly is that the removal of the Zero Carbon Homes target was hidden in the Treasury’s June Productivity Plan, yet that target was doing so much to aid the productivity of builders and construction products manufacturers in the run-up to 2016.

Although meaning a lot of investment from firms in product, which is now likely to see less return, they were to be net beneficiaries of the initiative in addition to consumers, therefore ‘Productivity’ would have been increased. As Davey points out, the Government continues to spend taxpayers’ money freely on admittedly important infrastructure schemes, yet seems to have turned its back on encouraging this private sector investment, which would have borne fruit for the Treasury in turn through increased revenue from products.

The building fabric industry is gearing itself up, albeit in separate silos, to make the case fervently for the economic benefits of energy efficiency improvements for the UK economy. It has no choice, given that there is very little push centrally, and what momentum there is has to be maintained.

Organisations are preparing policy statements around why the agenda for improving the fabric of the existing as well as new building stock has to be protected and rejuvenated. They will be stressing benefits the Government will glean from for example street-by-street retrofit initiatives, which could both achieve the economies of scale required to make sense for the industry, and large-scale improvements in fuel poverty.

The job creation benefits will also be highlighted given that we are still in the early stages of an economic recovery, and the health benefits for occupants of improving insulation of properties. A 2014 report by Cambridge Econometrics/Verco said that making the upgrading of the UK’s building stock a national infrastructure priority could result in £3.20 back in GDP per £1 spent by Government, however, whether investment of that sort is even being considered is doubtful.

We have to confront not only the need to maintain our position as a world-leader on low carbon building design, which thanks to recent developments has been knocked sideways, but also the fact that we have many millions of homes in the UK which will not be replaced and which must be retrofitted to combat fuel poverty.

Industry cannot do this alone, even if the major corporations get involved, it has to be against a framework of some sort, and in a spirit of partnership with Government, not second-guessing.

Let’s hope that with individuals such as the BRE’s Peter Bonfield, who has a foot in both the government and industry camps and is currently reviewing the former’s construction policies, we will see a realistic way forward soon.

One comment on “Government’s bonfire of green incentives – where to now?”