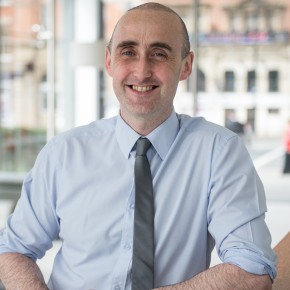 It’s easy to get impatient at new technology. Marcel Proust described the telephone as “that supernatural instrument before whose miracles we used to stand amazed,” but which was quick to cause frustration whenever a fault occurred.

So it is with Building Information Modelling (BIM). It’s been barely a year since the government’s Level 2 BIM mandate came into effect, but a recent survey of over 1,000 industry professionals by technical consultant NBS found that half of respondents believe the government is not enforcing the mandate. Meanwhile, less than a fifth think the construction industry had taken up the BIM challenge effectively.

This frustration is, I believe, a reflection of how important BIM is to the UK’s infrastructure strategy, and a natural desire to cement it as quickly as possible into the fabric of our industry.

Impatience is good in the sense that it shows passion and desire for change, but I think it also needs to be tempered with reality. In truth, the UK has made great strides in BIM; and its approach is, in many ways, the envy of the world. And that’s where I disagree with the tenor of the NBS report, if not its findings.

Unlike most other countries, the UK has taken a top-down approach where government addresses BIM at a strategic level. Other jurisdictions – the United States, for example – have taken a technical approach, which can result in fragmentation and poor adoption if there is not an overarching, clearly-defined roadmap.

In many ways the government’s BIM mandate is actually a shining example to other countries. Wherever I travel – in the Middle East, the US, China and Hong Kong, for example – I always hear the UK BIM mandate mentioned as a model for public sector construction projects, and we’ll shortly see other countries copying our structured approach. As governments around the world experience increased pressures on the public purse, the need for formalised, structured and state-sanctioned BIM mandates along UK lines will gain further impetus.

Of course, much more needs to be done to ensure that BIM adoption continues to climb; not least a major investment in BIM training and skills throughout the supply chain, and especially within government departments so that they are in a position to enforce their own mandate effectively.

We also need to see further development of the beginning and end of the BIM process, so that we can help clients and the supply chain to understand the process better and the benefits that it will bring. This more than anything else will make investment in skills and training a priority among government departments and throughout the supply chain.

What is so encouraging about the NBS report is how urgently our industry wants to see BIM made the cornerstone of all future construction projects. Like the telephone more than a century ago, we know it’s going to change our lives, so let’s harness our frustration and redouble our efforts to develop the necessary skills – while not forgetting to celebrate how far we have come in such as short time.