Blogs » Garden villages and towns: a step in the right direction 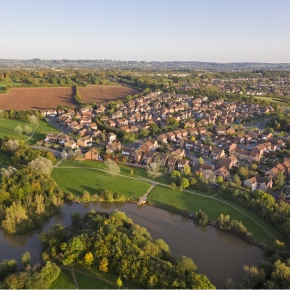 Garden villages and towns: a step in the right direction

Britain might be one of the world’s richest countries but housing is in a crisis of under-delivery.

In another bid to tackle this shortage, the Government’s proposed 14 ‘garden villages’ and three additional ‘garden towns’ across England will see more than 48,000 new homes created, turning smaller hamlets into villages and expanding existing towns onto nearby land.

While these initiatives are clearly a step in the right direction to ease the lack of new housing and create new communities, they need to be carried out well and responsive to the needs of the market and local people.

There remains a need to upgrade our existing stock and make use of what we have, but too often the current stock is not in a location which is favourable to modern living.  One of the huge benefits of the garden village plan is that residents will be more able to be stimulated by the environment in which they live.  This in turn has an impact on their general well-being and mental health. In other words, it’s not just the home, it’s about what is around them.

Setting and community is key, but it depends on the specification, how much the developers have actually bought into the concept and what will come out of it at the end.  When these homes are built, it is hoped that the companies will take pride in the design and the build, and that sub-contractors will take pride in the work that they do. It cannot be seen as a way of making a quick profit because the Government is supporting the scheme.

‘Special planning freedoms’ given for these villages also invoke a word of caution.  Often this gets translated into pounds and pence and less about the experience the individual will have when they are in the house. The builder is not as worried about the experience of the occupant, unless of course he’s building a high-spec home.

There needs to a clear aspiration by all parties to build high quality, attractive and thermally efficient homes which are a well-integrated mix of types, tenures and sizes to meet the identified needs of all ages and sectors of these new communities.

The garden village scheme will have its detractors, but in a bid to build more homes and as an extra tool to fight the housing crisis, it has a lot of potential. It remains imperative that quality isn’t compromised and that each new home is desirable and will perform efficiently in the long term.