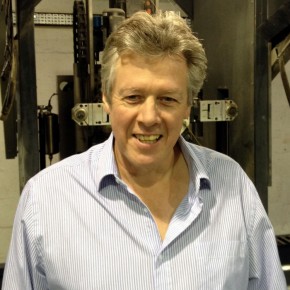 Tim looks at how glass absorbs sound and prevents noise pollution that causes health problems and reduced efficiency in the workplace.

We can’t see or smell it, but noise is one of the most insidious pollutants of the modern world.

Whether it’s the neighbours upstairs having a party at 5 am (complete with herd of elephants) or a jet aircraft coming into land – with you directly underneath the flight-path.

How we perceive noise is personal and subjective.  A person on a bus may be enjoying their music, but the noise leaking from his or her earphones can be deeply irritating to everyone else.

Nor does it have to be a loud noise.  For example, a gently-ticking bedside clock may lull some people off to sleep; for others, it’s an irritant guaranteed to keep them awake.

In the UK, noise is defined as being “a sound, especially one that is loud or unpleasant or that causes disturbance.”  In the USA, it’s defined as “unwanted or disturbing sound.”

When does sound become noise?

Sound becomes noise when it either interferes with normal activities such as sleeping, conversation, or disrupts one’s quality of life.

Unwanted noise probably affects most of us every day, and adversely affects the lives of millions of people.  Usually, it’s just annoying.

Link between noise and health problems

However, it can be more than just an irritant.  Research has demonstrated a link between noise and health problems, including stress related illnesses, high blood pressure, and sleep disruption.

Lack of sleep from noise pollution may also have an unexpected impact on our waistlines.  Research in Sweden and published in the British Medical Journal suggests that disrupted sleep makes people less willing to exercise, and more likely to put on weight.

In 1990, about thirty million people in the USA were exposed on a daily basis to occupational noise levels above 85 decibels – a harmful threshold.  That compares with just over 9 million people in 1981 – and has, no doubt, further increased.

In the developed world, according to the World Health Organisation (2001), as many as 15% of the working population are exposed to sound in excess of 85 decibels.

Worryingly, more than five million children in the USA, aged between six and nineteen, suffer from noise-induced hearing impairment (Havas 2006).  In the UK, exposure to noise has impaired children’s reading comprehension (Clark and Stansfeld 2005).

Noise pollution in the workplace

In the workplace, noise pollution has an impact on staff morale, efficiency and productivity.

A 2013 study by the University of Sydney found that a lack of sound privacy was the biggest drain on employee morale.

Prosaically, we perceive noise either physiologically or psychologically – the former being when we simply hear the noise, the latter when we take the trouble to listen to the noise.  It’s the difference between listening to our own music and being forced to listen to someone else’s.

There are, of course, a number of ways in which sound can be reduced – from better office layout to sound-proofing, and providing a workplace free of unacceptable noise intrusion is a legislative requirement.

Glass is a key sound-proofing material

Often overlooked, one sound-proofing material is glass – either for external glazing or as internal screens, and which can reduce noise levels dramatically.

Glass controls noise by reflecting the noise back towards its source, and absorbing noise energy within the glass.

Noise pollution can come in a variety of low, medium or high frequency sounds.  Higher pitched sound, carried by short sound waves, are easier to absorb.  Noise at lower frequencies, for example traffic noise, is less easy to deal with.

It’s therefore important to choose the correct acoustic glazing type, to best deal with the frequency or pitch of the noise to be absorbed – as well as the level of decibels to be reduced.

Acoustic glass is a sandwich of two or more sheets of glass, heat or pressure bonded together with one or more interlayers. The interlayers act as a noise dampener, weakening the energy of the sound waves as they travel through the glass.

Glass does have other benefits because natural light matters.  Research by Mirjam Muench has found that people working under artificial light become sleepier earlier than those who work in natural light.

In addition, studies demonstrate that people work best when they have a view of the external world, on top of the ambient light from it.

Glass walls help light flood in, bringing the outside inside, and psychologically connecting us with the world beyond our office.

Although Wrightstyle’s advanced glazing systems were primarily developed to stop fire and toxic gases for up to 120 minutes, or mitigate against ballistic or bomb attack, they also reduce or eliminate noise pollution.

Combining advanced levels of protection with the high performance of steel framing and we can often provide a complete solution for sound reduction in one glazed assembly. 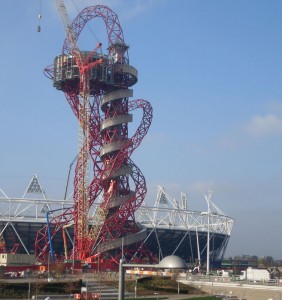 Wrightsyle work on the 2012 London Olympic stadium and adjoining Orbital

That’s been true for a number of residential projects, national laboratories, schools and universities – and for our work on the 2012 London Olympic stadium and adjoining Orbital.  We’re also currently supplying our systems for the conversion of the 2012 media centre into a new digital quarter.

This major project, now called Here East, will provide more than 7,500 jobs – and is already the broadcasting hub for BT Sport which began broadcasting from the site in 2013.

Sound was a key factor in the contract, particularly for our large fire-rated curtain wall atrium which required a mix of aesthetics, fire resistance and acoustic properties.

Sound is ubiquitous in the modern world.  But, when it becomes unwelcome or intrusive, we can nowadays also aspire to something better: the sound of silence.

Wrightstyle is a leading UK advanced glazing company and supplies its steel and aluminium systems worldwide.