Blogs » Glass and glazing considerations in light of terror threat 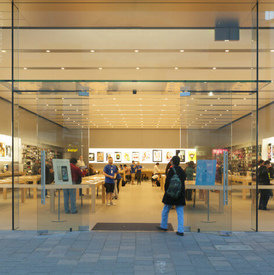 Glass and glazing considerations in light of terror threat

With the country on a heightened level of alert due to recent tragic events in London, many MPs and others have raised concerns about security and the public’s safety.

Whilst there may a trend towards ‘low-tech’ attacks there is still a clear trend that across Europe that shows extremists are intent on inflicting terror through potential attacks that could cause fatal injury to the public.

The aftermath of the recent attack will of course raise questions for the UK’s counter terrorism strategy which not only is based on intelligence to prevent attacks but also to provide protection should such an incident occur.

Although it is widely recognised that glass can be the weakest link in a building, the general knowledge of ‘security glazing’ is poor. Looking back to the City of London bombs each one resulted in more than 500 tons of glass being swept up off the streets.

Bomb damage and injuries from glass

In an explosion, approximately 90 percent of injuries and damage are caused by flying glass, rather than the explosion itself. It is vital, therefore, that steps be taken to ensure that glass windows and doors, glazing systems, glass partitions and walls are sufficiently protected.

In an explosion, glass particles can travel at speeds of up to 150 mph. If a bomb explodes 400 metres away, glass from a broken window can hit a wall, 5 metres away, at a speed of 75 metres per second. In this scenario, glass particles of any size, even from strengthened windows that are designed to shatter into small pieces, are unquestionably lethal.

In order to protect employees, clients and the general public, organisations have a responsibility to ensure that glass can be held together as one piece in the event of an explosion. One of the quickest, easiest and cheapest ways to do this is to install (retrofit) safety window film.

Window film has a base of polyester typically 175 to 350 microns in thickness. It is supplied with a proprietary pressure sensitive adhesive and usually installed onto existing glass in buildings,  By reinforcing existing glass and helping to hold broken pieces together in the event of an explosion, safety window film greatly reduces the chance of glass causing property damage, injury or death.

Because the latest safety and security films are flexible and able to stretch, they can absorb a significant amount of the shockwave caused by an explosion. Ordinarily the force of an external bomb blast would push glass inward to the point of breaking, sending shattered glass throughout the building and jeopardizing everything in it. However, with safety film, even after the glass breaks, the film is able to “bend” with the force of the wave and hold the glass together as one piece minimising the injuries and damage.

The major manufacturers of the security window film products continue to develop them to keep pace with current test protocols. ISO 16933 is the most stringent and simulates a large explosion at just a 33m stand-off distance. However smaller devices at close range can be equally devastating. The testing which has considerable cost allows the manufacturers to help predict the effects of an explosion on a specific building taking into account the size and duration of the blast, the glass types and configurations and many other factors to ensure the correct window film solution is specified.

The first step for any organisation that has concerns about the glazing in their building is to have a thorough audit undertaken (initial consultations are generally free of charge) to identify the risk the various methods of attack (such as manual attack, car bomb, satchel bomb or firearms attack etc) will create for their specific building and local conditions.

The Glass and Glazing Federation (GGF) is the industry’s main trade body and will be exhibiting at the Security and Counter Terror Expo in London Olympia on 3 and 4 May 2017.

The GGF will be exhibiting at Stand I-20, with GGF Technical staff on hand to discuss all matters glass and glazing. Ian Penfold of Solar Gard (and Chairman of the GGF Window Film Group) will be presenting video demonstrations of the performance and properties of safety window film and safety and security glazing from the GGF stand.

As part of the GGF’s 40th anniversary celebrations, the GGF will be giving away a free copy of the GGF Safety and Security Good Practice Guide to the first 40 visitors on the GGF stand each day of SCTX 2017. For more information on this show please visit: https://www.counterterrorexpo.com/