Blogs » Going green and saving space: Could living roofs be the future of sustainable urban construction? 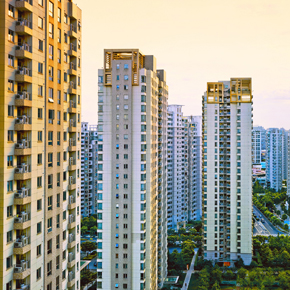 Going green and saving space: Could living roofs be the future of sustainable urban construction?

Chris Graham, of the Roofing Superstore, explores the role of green roofs in sustainable urban development.

Today, 54% of the world’s population live in urban areas, and in the UK, that number rises to almost 91%. With an extra 2.5 billion people across the globe expected to move into city areas by 2050, space is at a premium, and the management of urban areas is already emerging as one of the most important development challenges of the century.

As the global population continues to grow, green building practices are crucial in helping to control the social, environmental and economic costs of urban development. Sustainable construction practices ensure that infrastructure can continue to be built without any cost to the environment and occupants.
Green technologies and materials are now fundamental construction elements, with green roofs playing a vital role in contributing to long term sustainable building practices. Distinctive in appearance, green roofs are a visible symbol of ‘greenness’, but is their importance and contribution to healthy living and biodiversity being overlooked?

Although the concept of green roofs has been around for hundreds of years, it’s only within the past 50 years that uptake has truly surged. Also known as living roofs, they have become a tangible and central element of a sustainable build strategy, and are generally flat or slightly pitched, with a covering of vegetation. In the UK, this is usually a combination of plants such as sedums and succulents and wildflowers.

Globally, the green roofing industry is growing by up to 15% each year, and with their benefits now widely recognised by the UK Government and planning authorities, they are quickly becoming a solution for overcoming urban development planning and design guidelines.

Green roofs may be specified to address several factors, including the impact or stormwater. As part of a sustainable urban drainage system, green roofs release liquid at a slower rate, placing less stress on sewer systems at peak periods as well as lowering the risk of flash flooding.

Storm water runoff can also be reduced during periods of high precipitation by storing water in the substrate – as well as releasing liquid at a slower rate to delay the time at which runoff occurs. This means stress on sewer systems at peak flow periods is reduced. Not only that, but green roofing systems also have the potential to filter and improve the quality of the water as it is drained.

They are also an effective way of improving the aesthetics of a building– creating a habitat which would have otherwise been lost to development.

It’s not just the adoption of green roofs that is on the increase; the variety of materials available are increasing too. Manufacturers and suppliers have been responding to the demand for sustainable urban roofing solutions for both new development and retrofits, with modular roofing systems emerging as one of the most popular construction methods.

Comprised of single, pre-grown module trays of wildflowers or sedum, modular roofing systems are quick and simple to both install and remove, causing minimal disruption to the structure. The units are designed to provide an instant green roof with a seamless, living finish.

Wallbarn’s Modular M-Trays, for example, have gone a long way towards overcoming some of the challenges historically associated with designing and installing green roofs. Highly portable, they simply clip together for quick and easy installation, without any specialist knowledge of landscaping or roofing required.

Although the specification and implementation of green roofs is on the increase in the UK, there is some way to go before skylines are filled with them. Currently, lack of government support and official guidance are continuing to hinder uptake – but with ambitious Government targets now set for new housing provision, as well as sustainability, the situation is likely to soon change.

When faced with limited space, green roofs are a key consideration for architects and developers looking to construct sustainably, and as new standards and policies are introduced to support their design and implementation, their use is certain to become more widespread.

Green roofs are not just instrumental in helping to address national green objectives; they also have the potential to transform the skyline, turning dead and dull cities into living, breathing spaces.