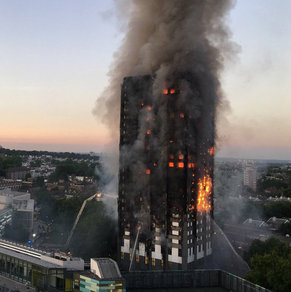 On Friday it was announced that there will be an urgent further review of building and fire safety rules after a second, more extensive round of tests identified 82 unsafe tower blocks with cladding system that did not meet building regulations, according to a government statement.

Communities minister Sajid Javid: “It’s clear we need to urgently look at building regulations and fire safety. This independent review will ensure we can swiftly make any necessary improvements.”

The review will look at the existing regulatory system, compliance and enforcement of the regulations. It will also look at similar regulations overseas.

According to research by the Federation of Master Builders (FMB), prices for construction materials have soared since the UK voted to leave the European Union. A third of small building firms say that soaring material prices are squeezing their margins and almost a quarter have had to pass these price increases onto consumers.

Brian Berry, Chief Executive of the FMB, said: “Material price increases have left builders under severe pressure. This research shows that following the fall in the exchange rate, timber is the material that the majority of builders say has increased most in price but the problem doesn’t end there – everything from insulation to windows to bricks and blocks are soaring in price”.

The latest figures from FRP Advisory indicate that corporate insolvencies in the construction sector also rose during the first three months of 2017.

The “Walkie-Talkie” building in London has been sold for £1.3bn, a record breaking sale for a single building in the UK. This is just one of a number of big investments by China since the Brexit vote.

Forbes estimating around £2.3bn investment into London office buildings by Chinese investors in the first half of 2017. 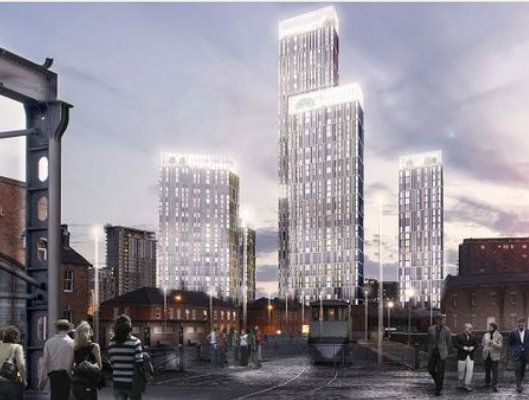 Manchester have been approved The Trinity Islands development on the banks of the River Irwell that will include the cities tallest skyscraper with 67 floors rising to 777ft. Manchester’s iconic Beetham Tower is 554ft. The new tower will be the tallest residential building outside London. Developers Allied London said the ‘vertical village’ would offer residents ‘unrivalled and stunning’ views of the city from ‘sky-gardens’ and tower observation decks. The derelict site that it will be built was previously used as car parks for Granada Studios.

Nearly a third of women say fears of sexism are holding them back from pursuing senior roles in construction – according to a new study by the Royal Institution of Chartered Surveyors (RICS). Workers want organisations to do more, with nearly 39% believing companies are not doing enough to attract females into the sector.

More needs to be done to achieve equality and tackle sexism in the sector. However 35% of workers believe men are better suited for the skill set needed in construction and nearly half of construction workers think the sector’s pay gap between men and women will be lower than the national average within a year. 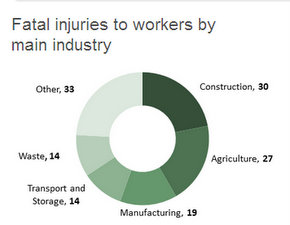 Construction has topped a list of lethal occupations in a survey by the Health and Safety Executive. In 2016/17, 30 people were fatally injured while working in the construction sector. Major risks include being struck by heavy objects, falling from height and lifting heavy objects. Agriculture is the second most dangerous industry in the UK.