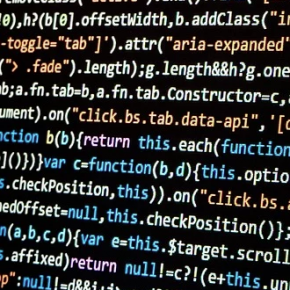 GUEST ARTICLE: Bringing infrastructure into the digital world with AI

This guest article from James Dean, Co-Founder and CEO of SenSat, explores how infrastructure can be brought into the digital world, courtesy of AI.

The infrastructure sector has barely seen an increase in productivity over the past few decades, leaving it dormant in the race for digital transformation.

Like many other physical and offline industries, infrastructure has struggled to achieve the drastic improvements in efficiency and eco-credentials realised by other sectors.

However, as chancellor Sajid Javid plans to invest £250m in infrastructure spending in the near future, the UK in particular needs to focus on how it acknowledges, understands and reacts to strains in the infrastructure industry.

While many of these difficulties have become deeply entrenched in the sector over the last half-century, Artificial Intelligence (AI) promises to address these challenges and bring new efficiencies to a laggard industry.

As an inherently physical industry, there are several problems in gathering data in infrastructure that act as a barrier to digital transformation: information is slow to collect and often siloed.

Without digital data to describe physical world happenings, it is near impossible to make use of modern, digital solutions in the sector.

New research shows that through introducing infrastructure to the digital world, and making it understandable to AI, this traditionally laggard industry is now positioning itself to accelerate rapidly, driving increased competition on the global stage.

Not only can digital tools help organisations avoid siloed working, but it also can aid in mitigating the risk of duplicating conversations, calculations and analysis.

Moreover, for an industry that contributes a staggering 61% of total UK waste, digital tools present a means of reducing environmental impact, helping to build a more sustainable future.

Encouragingly, we are already seeing some uptake in the use of digital tools in infrastructure. Modern construction sites, such as those operated by Arcadis, are beginning to make use of numerous sensors that produce continuous streams of data covering various stages of the construction process.

For instance, through the use of sensors, it is possible to monitor if workers are in proximity to high voltage or harmful toxins, or to track materials as they move through the supply chain.

While this data is invaluable to businesses, it is often incomprehensible and overwhelming for humans to analyse. As a result, these data insights are infrequently used to their full potential.

By contrast, AI-powered technologies would be able to easily compute these data-sets to create a comprehensive, real-time data-landscape.

Not only can AI easily manage these vast data-sets, it also learns from them as it computes to become a better-trained AI. In other words, sites become more productive and efficient the longer that AI is used for.

Despite these clear advantages, there is an extensive number of barriers to AI-adoption within construction. According to the same research, one of the primary reasons is a lack of staff, as noted by 38% of respondents.

Other factors limiting the adoption of AI and other technologies include budget (38%), employee hesitance (34%), and management hesitance (30%).

While all these issues are inhibiting the adoption of digital transformation to some extent, the biggest factor continues to be cultural resistance.

In order for AI to see widespread usage across the sector, there needs to be an attitudinal shift in how the infrastructure industry responds to new technologies.

Research suggests that the adoption of these tools and processes by workers and clients will be higher with less friction. Although this may seem to state the obvious, wasteful and inefficient processes will persist without the acceptance of innovation.

With local, national and global infrastructure projects planned or already in motion – there is an opportunity for companies and governments to enable billions of pounds of taxpayers’ and private money do more and go further.

These savings could even be put towards the digital upskilling of older sections of the workforce so that they, like the industry itself can remain future proof.

This kind of initiative should be a priority seeing as 4 in 10 infrastructure firms who don’t embrace digitisation risk going out of business within the next ten years.

Although a potentially ominous statistic, it goes to show just how great the opportunity for digital transformation is in the infrastructure sector.