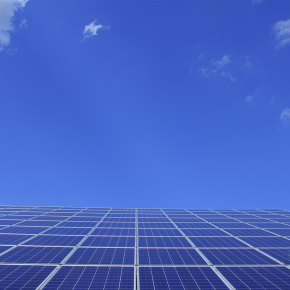 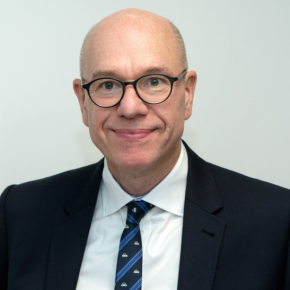 The government’s new plans to implement a Smart Export Guarantee for solar panel owners from 1st January 2020 could represent a significant step towards creating a cleaner, greener future. The question is, how big of a step? Paul Hutchens, leading green energy advocate and CEO of solar installation specialists Eco2Solar, answers this question and explores how future energy models might develop over the coming years.

Ever since the energy system was designed 60 years ago, our predictable behaviour as consumers has remained relatively similar. Most of us would come home at around 6pm, cook a meal, have a shower and watch TV. Now, however, that pattern is changing. Our use of electricity is becoming much less predictable; we have a lot more devices but they’re more energy efficient. Our homes are better insulated.

And, most significantly, we have more households producing their own energy through solar panels; a trend that began with the introduction of the UK government’s Feed-In Tariff in 2010. The original Feed-In Tariff – which ended in April 2019 – was designed to incentivise and stimulate use of solar technology which, at the time, wasn’t economically viable for most householders.

Today, however, solar technologies are more affordable than ever, and under the new Smart Export Guarantee, the government’s proposed mechanism beginning on 1st January 2020, homeowners who install solar after that date can still generate free electricity – but instead of being paid a flat rate of, for example, 5p for every kilowatt of surplus energy they export, they’ll be paid a variable amount depending on the value of that energy at the time.

Energy is still more valuable to communities at 6pm when people come home from work than it is at 3am when most of us are sleeping – so rates will depend on these usage models, as well as the energy provider themselves and the package they’re offering to homeowners. It’s hoped this will create a thriving market for surplus energy sellers, as they’ll know when it’s most advantageous to produce, store, use and sell energy, and be able to seek out the most competitive export packages from energy companies.

The National Grid and the District Network Operators have yet to develop models around how this market could work. There will invariably be opportunities for homeowners with solar panels and a battery to sell energy at the most advantageous rates, but we may also see the emergence of more complex models where the homeowner effectively leases the panels until they’re paid off, or the energy company installs and owns the panels and sells the energy produced from them to the home or building occupier.

It’s similar to the model we see with phones; people will rarely spend £1,000 on the latest iPhone, but they’ll happily spend £30 a month leasing it. Just as the way we currently use data, where we can easily buy, store and move data around, the energy market could – and should – adopt the same model, where we’re able to buy unlimited energy on a particular rate. This model could be successful, providing the energy companies ensure that energy is used and moved around in the most efficient way.

Since solar energy is generated during the day, when people are generally out of the house, it will also be crucial to develop a mechanism to capture and leverage that energy; whether it’s for our own use or for export. Therefore, as the Smart Export Tariff becomes more embedded, we’ll begin to see a greater emergence of supportive technologies like lithium batteries that allow us to store energy and sell it at the most advantageous times of day.

But one of the most important technologies – which, like batteries, exists at the moment but is yet to be adopted on a widespread scale – is smart apps and programmes that can connect real-time weather predictions to excess solar energy and immediate consumer needs. In other words, technology that knows you’re generating excess solar energy at midday because the sun’s shining, and then harnesses that energy to do tasks you’d normally do when you come home from work, like put the washing machine on.

And if you don’t have any daytime need for energy, that technology stores it as surplus for you to use later, or sell to someone down the street at that moment in time, because perhaps they work from home and most of their energy usage is during the day.

We’ll also see more technologies that allow us to sell energy to a specific buyer at a certain location, such as our next door neighbours or nearby schools, shops and services. No dirty power stations, no endless cables; just clean, green, locally produced energy, directly from the sun.

But there’s another, more pressing driver behind the need to create more sustainable energy. As our lifestyles develop, so too will electric vehicles, battery storage and technologies that are capable of moving energy around as and when it’s needed. In turn, this will significantly grow our electricity usage; while a typical UK household currently uses around 4,000 kilowatt hours of energy every year, that same household could be using 10 times as much within a matter of years.

That’s why we need more solar. As the most convenient and cost-effective form of renewable energy, solar is undoubtedly an essential part of our future, offering us a clear model for sustainable energy production where clean power is both generated and delivered locally.

If the Smart Export Tariff succeeds in creating a full-blown marketplace for energy, and if energy providers can build competitive models, and if housebuilders construct the kind of homes that move us towards our Net Zero target, and if we as consumers begin to explore producing our own energy – a cleaner, greener future could be closer than we think.