Blogs » GUEST ARTICLE: Cover bidding in construction – what you need to know 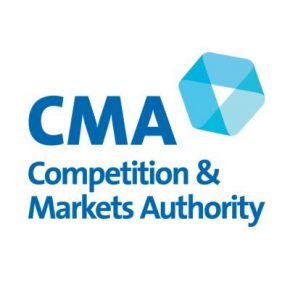 GUEST ARTICLE: Cover bidding in construction – what you need to know

This guest article from Georgina Laverack, CMA Assistant Director, Cartels Enforcement, outlines everything you need to know about cover bidding in construction.

Cover bidding, a type of bid rigging also known as cover pricing, is where two or more companies secretly agree that at least one of them will submit a bid that is artificially high during a competitive tender process.

They do this so that another of the companies can win the tender with what appears to be a better offer or proposal. This illegal activity drives up contract costs, tricking buyers into thinking that the prices submitted were a result of genuine competition so they end up paying more than they should.

At the Competition and Markets Authority (CMA), the UK’s competition watchdog, we’ve come down hard on businesses caught in the act of this type of cartel conduct.

Earlier this year we fined five businesses a total of over £7 million for their part in cover bidding activity in the office fit-out sector.  In each case, the fine was increased because one or more directors of the company was directly involved in the cartel conduct.

We also applied a penalty uplift where a company had led or instigated the cover bidding process.  In addition, six company directors were disqualified.

Cartels aren’t worth the gamble

Engaging in cover bidding or bid rigging is a high-risk activity, and the chance of getting caught is increasing.  Thanks to our Stop Cartels campaign to raise awareness among businesses of what cartels look like and make it easier to report them to us, we’ve seen tip offs rise by over 30%.

We are also engaging with procurers from across the country to make them aware of cartel ‘red flags’ so they are equipped to spot possible bid-rigging and raise any suspicions with us.

As a supplier – understanding what cartel conduct looks like is the first step in helping ensure your business doesn’t cross the legal line and fall foul of the law.

As well as bid rigging, cartels can also involve practices such as sharing commercially sensitive information, fixing prices (to inflate them artificially) and dividing up markets with competitors.

What all these behaviours have in common is a desire to subvert competition for gain – ripping off customers.

Yet according to our research with UK businesses, understanding of competition law is low, with the majority (77%) not understanding it well and very few (6%) running any training on it.  Just under half (48%) say they don’t know that bid rigging is illegal.

These misconceptions should ring alarm bells because the consequences of breaking the law, as the recent office fit-out case shows, are serious.

Businesses can be fined up to 10% of their annual worldwide turnover, company directors can be disqualified from acting as directors or being involved in the management of a company and, in the most serious cases, individuals can face criminal prosecution resulting in personal fines or even prison.

Back in 2009, around 100 construction firms were fined £129.2m in total (later reduced to £63m after appeal) by the CMA’s predecessor for engaging in cover pricing.

The same year, six construction recruitment agencies were fined a total of £7.9m for collusion and price fixing. In 2016, four suppliers of water tanks used in construction projects for schools and hospitals were fined £2.6m by the CMA for dividing up customers, price fixing and rigging bids.

Right now, the CMA is working on a number of other construction cases; your sector is on our radar.  The office fit-out case won’t be the last you hear from us.

Yet we do know that the majority of businesses want to do the right thing and play fair in business, which is why we have a wealth of information on our Stop Cartels campaign page to help you stay on the right side of the law.

We are urging all businesses to avail of our materials – cascade them to your staff, especially those in high risk areas like sales.  Senior leaders should lead by example by establishing a culture of compliance and having zero tolerance of anti-competitive business behaviours.

So, what should you do if you spot a cartel?

If you think you may have been involved in a cartel then it’s better to ’be safe, not sorry’ and report it to us first, as you may benefit from immunity from fines and prosecution if you report before others do.

By reporting to us, you can also avoid the risk of director disqualification. Always seek independent legal advice if you think you may have broken the law.

If you think you’ve witnessed others breaking the law, report it to us in confidence, you may benefit from a financial reward.

For more information on what cartels and anti-competitive business behaviours look like, and how best to report concerns to us, visit www.gov.uk/stopcartels