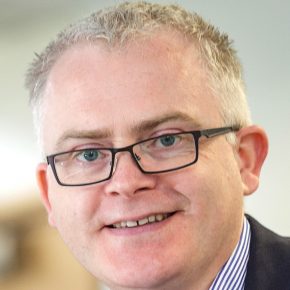 Specifiers have long had a key role to play in supporting the delivery of sustainable buildings, but could they be doing more to help next gen industrial buildings to achieve net-zero status and what exactly would this involve, asks Simon Cox, head of sustainability at Prologis in the UK.

“The Government confirmed its target last year for the UK economy to achieve net-zero status by 2050. In response most industries are actively looking for new ways to contribute to this effort.

For the construction sector, much of the focus to date has been on reducing operational carbon emissions by ensuring that buildings are well insulated, day lit and fitted with cutting edge energy-efficient lighting, heating and ventilating systems.

However, the simple fact that legislation, like the UK Building Regulations focuses almost exclusively on operational emissions, may have encouraged some developers and specifiers to stop there.

To create buildings that might be regarded as truly net zero, developers, specifiers and their design teams need to take a much more holistic view; taking into account the whole range of impacts a structure might have on its environment throughout its lifecycle.

However, instead of simply specifying a series of eco-friendly solutions, developers with designs on net zero should consider a much wider range of issues – everything from the transport emissions generated by end users of the building, to the environmental impact of dismantling and returning the site for reuse.

This is most likely due to the lack of any definitive regulatory standards in this area, which has resulted in a general lack of information and guidance.

The arrival of well-run certification programmes, such as The Planet Mark, is helping to address this problem by providing a robust methodology to support the measurement and reduction of a building’s embodied carbon emissions.

Since embodied carbon cannot be entirely eliminated, developers should also think about ways to mitigate these emissions.

For example, by supporting charities like Cool Earth who are actively protecting the rainforest and creating social value by supporting indigenous communities.

When working closely with the developer and the design team, specifiers can play a major role in helping end users to realise their aspiration of owning or leasing a net-zero industrial building.

Measurement of embodied carbon can help to identify further environmental benefits that might otherwise be missed. For example, engineers occasionally propose ‘capping replacement’ as an alternative to a traditional sub base for warehouse floor slabs.

This involves the application of a cementitious material to the top layer of subsoil to form a hard crust, providing a robust foundation for the slab.

We have been able to identify the benefits this brings by avoiding the need for imported stone, minimising transport emissions  and reducing onsite use of heavy earth-moving equipment.

Before creating net-zero buildings, specifiers first need to understand the boundaries of their sustainability strategy. For example, they may have been briefed to reduce operational and embodied carbon emissions, using the latest in certification and scientific metrics, but what happens when the building is completed?

If the end user is intending to install refrigeration or mechanical-handling equipment like conveyors or cranes, then a net-zero building may still have a significant environmental impact.

Conversely, if the end user chooses to install electric vehicle (EV) charging infrastructure, this could have a positive effect on the site’s operational carbon footprint over time.

Such retrospective installations are not covered by the Building Regulations and so may not automatically be considered when designing a new sustainable building.

By bringing architects, engineers, contractors and specialist subcontractors together and taking a holistic view of all environmental impacts, including embodied and operational carbon emissions, it is possible to create a net-zero building based on a robust Carbon Lifecycle Assessment.

Specifiers have an important role to play in this process, but they can’t do it in isolation and they also need to be clear and transparent about the way they have chosen to define net zero and its limits.”