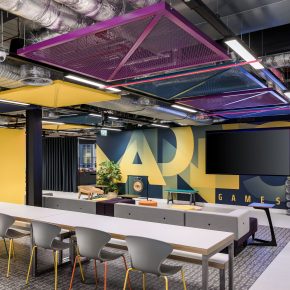 How many walls are in a standard room? The obvious answer is four, but that tells us you could be neglecting the fifth wall – the ceiling! Metal mesh is becoming increasingly popular – it adds character whilst creating an illusion of space and also adds benefits such as air quality and lighting conditions.  Anthony Millington, Business Development Manager at Amron Architectural, explains more…

“In the past, ceilings would not have necessarily been considered within the design aesthetics of a commercial space. The need for a ceiling is vital, but the look and style may have often been overlooked.

So, it is becoming increasingly apparent that the ceiling is now being considered as the fifth wall.

Architects and Designers are now looking at more novel approaches to the ceiling space. The demand for creating more inviting spaces and the inclusion of a well-considered ceiling can completely transform the character of a room.

Amongst these approaches, we are seeing an increase in the use of metal meshes both from a point of view that they are generally made from recycled material in the case of aluminium and steel – but also the style and look of them has that upcycled feel that we are all trying to be more conscious of. 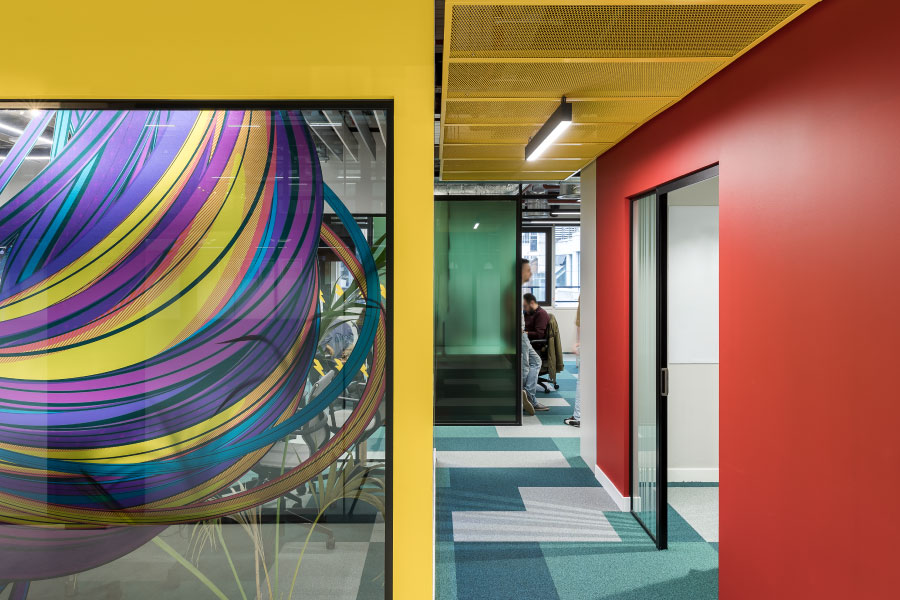 Dropped ceilings were first introduced around 100 years ago, they were a novel idea to hide building infrastructure such as ducting and pipework and creating a space to allow access for maintenance – this is where the mineral fibre tile came in as the most cost effective way of creating the dropped ceiling. They were cheap, and relatively good acoustically.

However, now with the option to use metal mesh in ceilings, it allows a dropped ceiling whilst offering benefits including improved airflow, lighting and vastly improved aesthetics.

Metal mesh is an extremely versatile product and can be used for a variety of different applications. Although common uses of metal mesh include balustrade infill panels, façade systems, or the ubiquitous radiator grille, they are now also a popular choice for ceiling tiles.

Although choosing a pattern of metal mesh that looks attractive is easy, the crucial element is understanding if the mesh pattern is suitable for your application, because different patterns and specifications of metal mesh may only be used for certain applications.

Rigid mesh, such as pre-crimped woven mesh, expanded mesh and perforated sheet are ideal for ceiling panels. Ceiling panels can be manufactured or fabricated into predesigned shapes and sizes. Rigid mesh also lends itself to being powder coated or anodised due to its inherent stiffness.

Mesh ceilings can be either manufactured as modular tiles or bespoke to size or shape. The nature of the tile makes them stiff, light and easy to install with no extra tensioning or bracing as is often needed with the flexible meshes.

They are also incredibly hard wearing and can withstand impacts far better than a fibre board tile, and with minimal maintenance needed.”