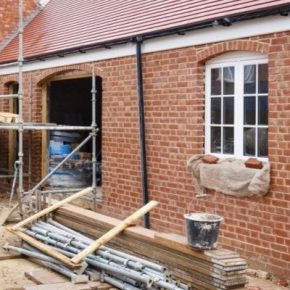 The average market value of properties in the UK is nearly £80,000 more than the estimated cost of rebuilding the property, a new home insurance study by MoneySuperMarket reveals.

The research, based on thousands of enquiries on the MoneySuperMarket website, shows that the average estimated rebuild cost is £211,000, £79,000 less than the average market value of a property (£290,000).

In effect, this means that homes are valued much higher than the bricks and mortar they are actually built from.

In the West End of the capital the average market value rises to £900,000, which is more than three times the estimated cost of rebuilding the property (£290,000).

Wales and the North East are the only regions of the UK where rebuilding a property costs less than the market value, on average.

However, on the Isle of Lewis in Scotland, the average cost of a property is £102,000 less than the estimated rebuild cost, the biggest negative difference nationwide.

An important factor in this difference is the price of land, which is likely to be far higher in London than in other parts of the country.

HM Land Registry data suggests that the average cost of residential land may be more than ten times higher in the capital (£2178 p/m2) than in the North East (£199 p/m2).1

Properties built before 1950 tend to have higher average market values, estimated rebuild costs and insurance premiums than those built since the turn of the millennium.

However, properties built between 1950 and 1999 have the lowest market value and are cheapest to rebuild and insure.

In terms of home insurance, a higher estimated rebuild cost tends to increase premiums more than a higher market value would, although both can affect policy costs.

Kate Devine, Head of Home Insurance at MoneySuperMarket, commented: “The rebuild cost refers to the amount it would cost in labour and materials to reconstruct the property from the ground up if it was destroyed by a fire, flood or another act of God.

“It has a significant role in determining home insurance premiums, so if it is over or underestimated, your premiums may end up more expensive than they should be, or it could mean you don’t have the correct level of insurance.

“In order to get the best insurance deal for you, it’s important to have a good understanding of your property’s estimated rebuild cost. There are plenty of online tools available to help calculate an accurate estimate in order to find the best deal on your home insurance.”

1 Data from HM Land Registry – Land value estimates for policy appraisal 2019. Values of individual sites are highly sensitive to plot-specific characteristics and estimates of land value are indicative only.