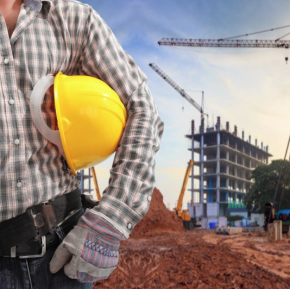 While economic factors remain pivotal in the growth of the construction sector across the world, the rapidly growing global population is expected to create a substantial demand for heavy & civil engineering as well as general construction worldwide.

In order to support this influx of people in urban areas of the world, significant rise in the number of industrial, residential, and commercial projects is expected. Additionally, the significant increase in the number of general construction projects will influence the construction of civil projects, including railways, airports, roads, bridges, etc. While other industrial verticals, such as agriculture, retail, and manufacturing, among others, were quick to adopt evolving technologies, the construction market remained behind. However, at present, stakeholders are focusing toward improving productivity and saving cost by showing interest in digital technologies.

Digital technologies have played an imperative role in transforming a range of industry verticals. Over the past few decades, innovations and technological advancements have led to improved productivity levels, high sustainability, and redefined the skill sets of the labor involved. However, around the same time, within the construction market, productivity levels reached stagnation, due to high dependability on manual labor and mechanical technology, and unwillingness to change conventional business and operating models.

Yet, digital technologies are gradually entering the construction market, and are expected to play a key role in transforming how various real estate and infrastructure development projects are constructed, designed, maintained, and operated. Some of the new technologies that are anticipated to gain significant popularity in the near future include prefabrication, wireless sensors, building information modeling (BIM), robotics and automated equipment, and 3D printing, among others. These novel technologies are compelling stakeholders in the construction market to adopt new construction practices.

The construction market is expected to witness steady growth during the forecast period, as more number of countries are gearing up to meet the demand of the growing urban population. Furthermore, while the developed economies are showing no signs of slowing down, the developing nations across the globe are also increasingly spending on a range of construction projects.

In North America, particularly in the U.S., infrastructure development pertaining to transportation is expected to provide an impetus for growth of the construction market. For instance, a whopping ~US$ 8 Bn was allocated for the redevelopment of LaGuardia Airport – a project in which a new airport is being constructed next to the already existing airport. Adoption of latest technologies in the construction market is expected to create significant opportunities for stakeholders involved in the current market landscape.
Governments across the world are increasingly spending on a range of mega construction projects. For instance, the South-North Water Transfer Project, China, has been given a staggering 48-years for its completion – a project which will enable the population in north China to gain easier access to water.

Moreover, the ongoing construction of Dubailand is a whopping 278 square kilometer project, which is expected to include a number of hotels, theme parks, and recreational buildings.