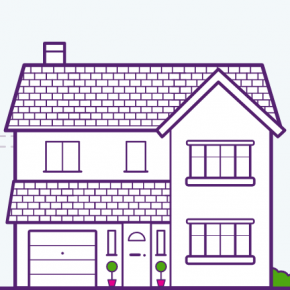 A recent study has shown 42% of Brits have said extending their home provides better value for money than moving, with 45% of Brits saying they would make the mistake of not informing their home insurance provider if they were carrying out an extension.

The new study by MoneySuperMarket has revealed that almost twice as many Brits believe extending their property is a better use of their money than moving to a bigger home (24% thinking moving is a better option).

The research was conducted to gauge homeowners’ feelings on whether adding square footage to their existing property, or moving altogether, was more cost-effective. 24% said moving was just not feasible in the current property market, whilst 34% admitted to not knowing which choice would be better for their finances, meaning the wrong decision could be made.

According to Brits, the biggest factor behind not moving house is the lack of suitable properties in the market, with nearly two-fifths (39%) of people claiming this is a barrier to any potential move. Furthermore, 38% believe the unaffordability of housing is preventing them from moving home, while roughly one in five (17%) feel Brexit uncertainty and its potential impact on the housing market is an extra hurdle to purchasing a new home.

Of those who would prefer to move rather than extend, 48% said the main motivation is to move to a new area, with an extra 20% claiming they would consider moving to get more space with a view to raising a family.

Kevin Pratt, consumer affairs expert at MoneySuperMarket, said: “Choosing whether to stick or twist when you outgrow your property is a major life-stage decision.

“For many, ties to a particular area and a shortage of affordable properties in the locality mean extending their home is the preferred tactic. Others instinctively feel they need a fresh start in a larger house. What’s crucial is that people weigh up their options to ensure they get the best value for the money they spend.”