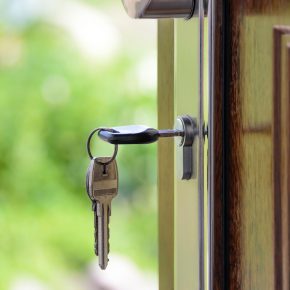 The average cost of home insurance has dropped by the largest amount in a single quarter since 2018, according to research by MoneySuperMarket.

The study is based on over seven years of data and millions of home insurance customer quotes, with the figures showing a return to near pre-lockdown prices after reaching their highest level since 2013 last year.

Despite the drop, prices remain high and there has been a 24% increase in the average combined insurance quote since 2016, representing an additional £30 cost for consumers over this time period.

In terms of combined insurance policies, the figures show this is the first time that every region in England, Scotland and Wales has seen an average drop in premiums since the beginning of 2018.

Regionally, London’s average quarterly price dropped for the first time since the beginning of 2019, with the city also having the largest average decrease nationwide at £5.87. Neighbouring South East saw the second largest drop in price, at £3.02.

Despite overall prices decreasing, there are several parts of the country that recorded their highest prices in Q4 2020 for combined or buildings-only insurance. This includes Harrow, where combined policies cost an average of £250.30.

Those living in flats or apartments are paying the highest premiums for combined home insurance, at an average of £149.14. On the other hand, bungalow owners are paying £127.68 on average for the same level of cover.

Kate Devine, Head of Home Insurance at MoneySuperMarket, commented: “In 2020, we predicted that home insurance prices were likely to fluctuate based on the disruption the COVID-19 pandemic could have on the markets, and with combined home insurance dropping by the largest amount since 2018, this appears to be the case.

“Successive lockdowns and restrictions could have played their part in these fluctuations, with many people spending more time at home meaning a potential rise in accidental damage claims could also create more costs for insurers.

“Similarly, homeowners and landlords may not have been able to fix damaged household items as quickly as normal, which could also impact claims.

“On the other hand, spending more time at home has also reduced the risk of burglary, and means that reporting home emergencies such as leaks is likely to happen more quickly than if people were out of the house all day.

“All these contrasting factors are likely to play a part in the inconsistent home insurance prices we’re seeing.

“Even as prices continue to change, our advice is to shop around for the best policy for home insurance and, wherever you are in the country, you’ll be able to get the deal that’s right for you.”

You can find out more about home insurance prices and how they have changed in your area on the MoneySuperMarket website.