Blogs » GUEST ARTICLE: How Brexit has been impacting the construction industry 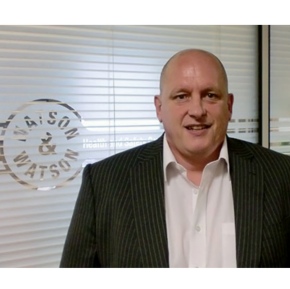 GUEST ARTICLE: How Brexit has been impacting the construction industry

Peter Watson, Director at Watson & Watson Health and Safety Consultants takes a closer look into the impact Brexit is having on the construction industry, both past, present and future.

There are winners and losers in every change, so it’s entirely possible that some industries will end up benefiting from Brexit, but, it’s also fair to say that, whatever happens in the long term, some industries are going to face major challenges over the short term and the construction industry is likely to be one of them.

Specifically, the construction industry will need to address the need to find a way to retain or replace EU workers who lose the automatic right to work in the UK and it will also need to find a way to continue to finance housing projects even if the pound remains weak on the currency markets (as seems entirely likely given that the international currency markets do not view Brexit favourably).

Until Brexit actually happens, workers from other EU countries have the full right to live and work in the UK.

That said, having the right and having the desire are two different matters and it’s no secret that many EU nationals have been moving out of the UK, either back to their home country or on to another country where they can plan for the long term.

Of those who remain, some may be eligible for settled status and/or citizenship, meaning that they can essentially carry on as they were, whereas others will find themselves under the same regulations as international workers in general.

This means that, after Brexit, it is to be assumed that with some exceptions, EU workers will have to apply for work visas in the same way as workers from other countries.

Assuming that the government continues on its stated course, this will mean that workers who come in on “low skilled” visas (which will probably be most construction workers) will only be able to work for 12 months and will not be able to change to another type of work visa during that time.

They will also have to work on an employed basis, rather than being self-employed as is commonplace in the construction trade.

As a minimum, it would be helpful to see the government extend the visa’s validity period to 24 months in recognition of the fact that many construction projects last far longer than a year (in fact it’s far from unusual for them to last more than two years).

Plus workers will typically need some form of project-specific training to go along with their trade skills. It would be helpful if the government also created some kind of sponsorship scheme for self-employed workers.

Ideally, there would also be some mechanism for allowing workers on a visa to up-skill while they were in the UK and hence qualify for a higher-level visa without having to leave the country (or even the project).

While there might be some political pushback on this, it’s worth noting that the UK desperately needs more houses to be built and that requires that there be people to build them. Over the long term, skilled construction roles might be filled by UK nationals, e.g. by recruiting and training apprentices.

While this may help to maintain and expand housing stock in the future, it is not really going to do anything to address the issues in the present.

Addressing the need for finance

There are two obvious reasons why a weak pound is bad for the construction industry.

The first is that it increases the cost of the materials it needs to import and the second is that it decreases the UK’s attractiveness to international workers. Depending on the overall economic landscape after Brexit, these issues may be either alleviated or compounded by government actions.

For example, if the government chooses to refrain from applying import duty to raw materials used for housing and/or to offer some sort of tax benefits to international workers then, in principle at least, the construction industry could find itself back on neutral territory. If, however, the government did the opposite, then it could face serious trouble.

On a similar note, the UK construction industry does not just import materials and labour, it also imports investment funds and it is probably safe to assume that international investors will be watching the Brexit situation with great interest and will be looking for a significant degree of reassurance that their investment funds continue to be safe here.

All in all, it is very much to be hoped that, in this case, pragmatism will win out over political point-scoring. The simple fact of the matter is that the UK desperately needs more housing and therefore it desperately needs a healthy construction industry.