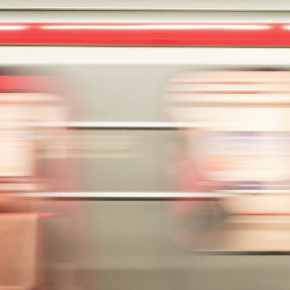 Mark Tomlin, Chief Executive Officer of VJ Technology, takes a look at the controversial topic of the HS2 Railway, looking at whether we actually need it or, on the contrary, is it just a waste of money?

“There has been a lot of talk about HS2 and about how, once completed, it will help to shrink the north-south divide and provide a much-needed transport spine across the country.

However, if recent reports are to be believed government sources are claiming that there is talk of cancelling HS2 in its entirety, despite the fact that groundworks have started and considerable time and money have been invested in design, tendering and feasibility. So, what’s the reality – does the UK need a north-south high-speed rail link or is it just financial folly?

High Speed 2 (HS2) is a high-speed railway which, once completed, will directly connect London, Birmingham, the East Midlands, Leeds and Manchester. Scheduled to open in phases between 2026 and 2033, high-speed trains will travel up to 400 km/h on 330 miles of track.

One of the largest civil engineering projects currently being undertaken in Europe, a recent episode of Dispatches on Channel 4 focussed on the financial viability of the project with it quoting sources within the government who warn that the cost may soon be considered so high that the entire project may be cancelled.

One possible scenario of the project being terminated once the first stretch of the new line reaches Birmingham was also presented.

The programme claimed industry sources have stated that the project cost could reach a staggering £100bn, substantially up from both 2011’s initial estimate of £33bn and today’s £56bn promise.

More worrying is that in a poll by the programme two-thirds of rail users in the north stated they would rather see the money invested in regional rail. Understandably, for many commuters, local links are more important than another, faster, north-south route.

However, I think we could be missing the point. Yes, the costs are high, but this is a project the country sorely needs. The UK used to be second-to-none when it came to infrastructure.

Our rail, ports, roads and airports are admired the world over. However, time has taken its toll and a combination of growth in population and a lack of investment has meant that the UK has dropped down the pecking order when it comes to infrastructural excellence.

All too often our trains are delayed, our motorways jammed, and our airports and shipping ports are tired and in need of modernisation. Whilst speed of travel is one thing, there is also the user experience.

If you compare the UK to any one of the major international airports around the world, I’m not sure we come out on top.

HS2 is therefore a critical part of the ongoing investment the government needs to make in UK infrastructure. It is as much about providing UK residents and businesses with improved transportation, as it is about ensuring we maintain our position as an international destination.

It will also be a catalyst for improving transport in the North West as, at the end of January, Transport for the North agreed the submission of the business case for Northern Powerhouse Rail, the transformational east-west network.

This will connect the northern cities of Leeds, Liverpool, Manchester, Hull, etc, and will provide the local links that residents in the north so desperately need.

It will also create job opportunities and attract overseas investment for organisations looking for space, skills and connectivity.

However, will this project go ahead without HS2 coming to Leeds and Manchester? Very unlikely, as it simply won’t be viable.

As a key product supplier to major infrastructure projects, VJ Technology has a vested interest in seeing schemes such as HS2 and Northern Powerhouse Rail deliver.

However, it is more than that. Personally, I would like to see projects such as this succeed as I believe they are important for the nation. Investment in infrastructure is not a folly, it is investment in maintaining our great nation.

Yes, it comes at a cost, but if we continue to neglect our infrastructure it will have a far- reaching and significantly more damaging financial impact on our economy, our tourism and our global reputation.”