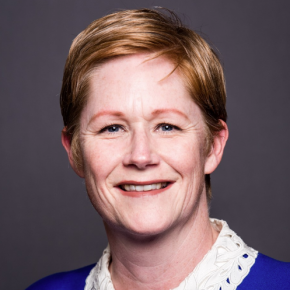 Yesterday’s (Monday) Queen’s Speech included an update on new building safety standards legislation, which aims to put in place new and modernised regulatory regimes for building safety and construction products, ensuring residents have a stronger voice in the system.

In light of this, Helen Hewitt, CEO of the British Woodworking Federation (BWF), whose members manufacture around three million fire doors in the UK each year, has spoken.

The focus on providing residents with a voice follows this year’s Fire Door Safety Week campaign run by the British Woodworking Federation, which focused on the vital life-saving role of fire doors.

Helen commented: “The new building safety standards legislation announced in today’s Queen’s Speech is a significant step forward by this Government and clearly builds upon Dame Judith Hackitt’s independent review recommendations, which were welcomed by the BWF and its members at the time.

“However, in the context of ongoing political uncertainty, it’s crucial that the Government doesn’t lose sight of this important bill and delivers on its pledges relating to resident safety and improved accountability across the construction industry, from manufacture to specification, installation and on-going maintenance.

“Our hope is that this legislation will drive the vital change that the industry requires and will incorporate the need for independent third-party certification of life-saving fire safety measures to ensure high standards are adopted by all.

“The Government must implement the new laws as soon as possible, ideally with support from opposition parties to ensure broad agreement, so that all residents can feel safe in their homes and to prevent further delays that could cost lives.”