Blogs » GUEST ARTICLE: Smash and grab is here to stay: the importance of getting payment notices right 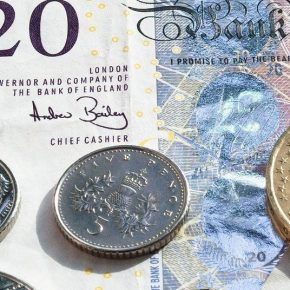 GUEST ARTICLE: Smash and grab is here to stay: the importance of getting payment notices right

It is well established employers and main contractors alike need to ensure the appropriate payment and pay less notices are issued in accordance with the terms of the contract, as Kate Onions, construction disputes partner, and Adam Watson, construction disputes solicitor at law firm, Shakespeare Martineau, discuss here.

They add that failure to do so can have ramifications that can impact significantly on cash flow, given that it can lead to ‘smash and grab’ adjudications.

“‘Smash and grab’ is a term used to describe an adjudication commenced by a party seeking payment where they claim the whole amount of the payment applied for simply on the basis that no payment/pay less notice was issued.

The principle that an employer has to ‘pay now and argue later’, in respect of a smash and grab adjudication, is now a matter of settled law.

In short, the employer has to pay the amount the adjudicator has decided is payable in the smash and grab adjudication before it can commence a further second adjudication in respect of what the true amount payable is (known as a ‘true value’ adjudication).

Given this state of play, it’s not surprising that employers and main contractors have been looking at ways to try and circumvent the pay now, argue later approach, where there has been a failure to issue a payment / pay less notice.

However, as in the recent case of J & B Hopkins Limited v Trant Engineering Limited [2020] EWHC 1305 (TCC), the general approach of the Technology and Construction Court (TCC) is that, unless there is a genuine reason not to do so, it will seek to give effect to adjudicator’s decisions.

Therefore, more than ever it is important for employers and main contractors to comply fully with their payment obligations. The consequences of failing to issue valid and timely payment / pay less notices (as was the case here) opens the door to unwelcome smash and grab adjudications.

Attempts to defend these applications can often be futile, simply incurring additional costs both in respect of the adjudication process and potentially in relation to high court proceedings.

The harsh reality is that smash and grab adjudications are, for the time being at least, here to stay. Therefore, the key is that paying parties need to avoid leaving themselves open.

With this in mind, employers and main contractors need to check that they have the appropriate procedures in place across all projects, to ensure that payment deadlines are adhered to in order to keep the door firmly closed to ‘smash and grab’ adjudications.

Whilst employers and main contractors do have the opportunity to correct a failure to issue the required notices at a later date, cash flow may well be impacted on in the short term.

They’ll find themselves having to make a positive payment first, with the likely need to argue about it later.”