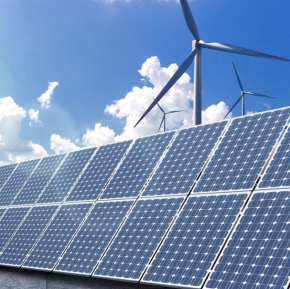 GUEST ARTICLE: The challenges of achieving net zero energy use

Climate change has knocked the world sideways and, as a result, role players worldwide are doing everything they can to reduce energy consumption and eliminate our centuries-old reliance on fossil fuels like coal, natural gas, and petroleum.

Leading an ambitious global call for action is the World Green Building Council (GBC) Zero Carbon Buildings Commitment, which is appealing to every sector possible, from governments to cities, developers, contractors, property owners, real estate clients, and even building tenants. It is supported by an extensive global GBC network that is working with industry partners to find solutions and achieve goals that will help to save the planet from the ravages of climate change.

If we can’t make it happen, the warning is that there will be devastating consequences. But what does it mean to achieve net-zero energy, and what are the challenges of achieving this goal?

The Commitment, as it is commonly referred to, began in 2017 with the Our Hero is Zero campaign during the annual World Green Building Week. Then on September 13, 2018, a large number of representatives of businesses, organisations, cities, states, and regions became inaugural signatories to the World GBC Net Zero Carbon Buildings Commitment that aims to have all the world’s buildings operating with a zero-carbon footprint by 2050.

Although not mandatory, a growing number of cities and regions worldwide are embracing the challenge. Most aim for an earlier deadline for new buildings, commonly 2030, and 2050 for all buildings. This is because the grim reality is that an estimated 39% of global carbon emissions are generated by construction in general and buildings in particular.

Key principles of the Commitment are to:

A total of 24 Green Building Councils have developed various programmes and green building schemes including zero energy and zero-carbon standards. Nine of these GBCs have launched net-zero carbon building certification schemes and by May 2019, 388 buildings had been certified.

There are already more than 51 signatories to the Commitment, and at least 25 city mayors from the 94-city C40 Cities Climate Leadership Group have signed the Net Zero Carbon Buildings Declaration. Additionally, more than 70 mayors have committed to developing ambitious climate-action plans by 2020, which is just around the corner. And 815 C40 cities have pledged to continue to take the actions required to reach a zero-waste objective and zero emissions for all buildings.

But there are still many cities, countries, and entire regions that are not actively working towards the net-zero goal. This in itself is a challenge we face globally.

The Threat of Carbon Emissions

While carbon dioxide is the prime greenhouse gas and the one that does most harm, there are others, including methane and nitrous oxide, as well as various industrial gases.

All-in-all, whatever the percentage of blame, these and other powerful greenhouse gases are accelerating hurricanes and other deadly storm events, and causing the level of the oceans to rise.

Apart from the fact that greenhouses gases trap heat and in this way accelerate climate change, they also have an impact on our health because they cause potentially lethal air pollution and smog that contribute to respiratory problems and related diseases. They impact on ecosystems and, as a result, have the capacity to cause the extinction of species like polar bears.

The ultimate solution is to stop using fossil fuels so that greenhouse gas emissions are minimized, if not eradicated. The United Nations Intergovernmental Panel on Climate Change (IPCC) also recommends taking action to literally “suck carbon dioxide out of the sky” by:

What is a Zero-Carbon Building?

WorldGBC defines a net-zero carbon building as one that is highly efficient and powered from renewable energy sources and offsets either on-site or off-site or both. Carbon dioxide emissions are tracked annually, and for a building to be net-zero carbon, the measurement must be either zero or negative. However, WorldGBC concedes that, in fact, it isn’t feasible for most buildings to have zero carbon emissions.

In reality, a net-zero carbon building is essentially “green” and healthy. It doesn’t waste money on energy bills and is well insulated and protected from extreme temperatures, whether hot or cold. Key features include: 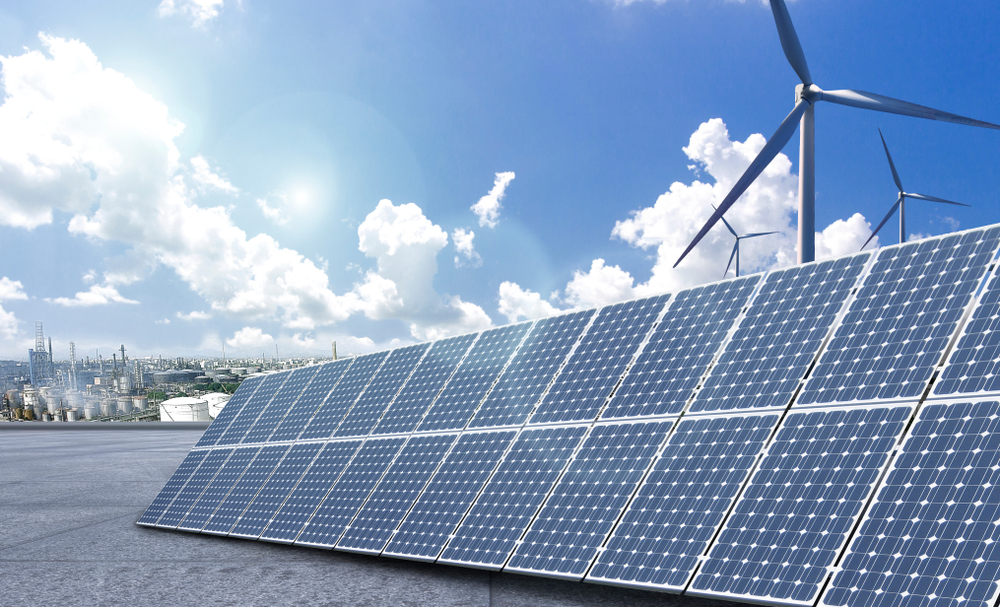 Ultimately, all so-called “net-zero carbon buildings”, including homes, schools, and those that cater for workplace options, are comfortable, healthy, and enable inhabitants to be productive. Their energy needs are supplied from renewable sources including solar energy, hydropower, and energy generated from wind power. They also send power back to the grid and are cost-effective across the spectrum.

But there are other issues that complicate the challenge. For instance, the Commitment does not tackle loads from industrial and manufacturing processes because these are usually independent of the building and don’t relate to the operation of buildings. Embodied carbon that is emitted during the manufacture of materials is not included in the Commitment either, even though it is considered a priority.

WorldGBC does encourage the industrial and manufacturing sectors to do whatever it possibly can to meet the 2050 net-zero carbon target. Even though there is no indication of a pathway forward that will enable them to meet the 2050 target, they are expected (or hoped) to be part of the transformation.

The U.S. Department of Energy (DOE) has market initiatives, including Better Plants, that address emissions from the activities of the industrial and manufacturing sectors in relation to energy efficiency. The DOE also has a Better Buildings, Better Plants Challenge that has been embraced by 43 companies from motor manufacturers to water works, wastewater, and sewer authorities, as well as a host of others operating in varied industry sectors.

What Will it Take to Achieve Zero Energy?

The net-zero energy challenge is to abandon fossil fuels and switch to clean renewable energy. But what will it take for people to switch systems?

It seems like an impossible task, but considering the first phase is to ensure that all new buildings are designed and constructed to net-zero energy-use standards, the architects, designers, and engineers involved in these projects are key. They are the professionals who can devise architectural solutions in New York, engineering solutions in Chicago, or just ensure that building designs for every city in the world fits the requirements of the Commitment.

While many countries around the world acknowledged the need to abandon fossil fuels as part of the Paris Climate Agreement signed in 2015, another sad truth is that only 20 countries are responsible for at least 75% of global greenhouse gas emissions. Of these, China, the U.S., and India take the lead. So, for starters, these cities are going to have to increase their efforts to ensure they do everything possible to achieve the zero energy goals.

To put this into perspective, there are currently 89 C40 active cities and five that are inactive, including one in China and one in India.

Those that embrace the Commitment will be looking at sustainable building materials and methods. They will also be addressing various HVAC issues as well as the need for good insulation, energy-efficient lighting, a properly sealed building envelope and so on. These are the elements that C40 city architects and engineers, including those that offer HVAC engineering services in Chicago, New York, Toronto, London, Mumbai, and other global cities.

We have seen that cities worldwide are part of the Net Zero Carbon Buildings Commitment. As such, many are updating and enforcing new legislation and building codes that will ensure people build in a sustainable manner. For example:
London, U.K. has introduced new legislation (June 2019) that will make net zero mandatory by 2050.

New York City has pledged to reduce greenhouse gases by 40% by 2030, and by 80% by 2050. To achieve this, the City has introduced a new local law (also June 2019), and already, NYC produces more than half of its electricity from sources that are carbon-free.

Washington’s net-zero energy-use standards are set for 2032. Will that give the city enough time to achieve the desired results?

Chicago’s Retrofit Energy Challenge that aims to use 100% renewable energy to power all the city’s buildings by 2025.

Perhaps ironically, while the Paris Agreement set global goals in 2015, in spite of its commitment to be carbon neutral by 2050, France is lagging seriously behind all expectations. 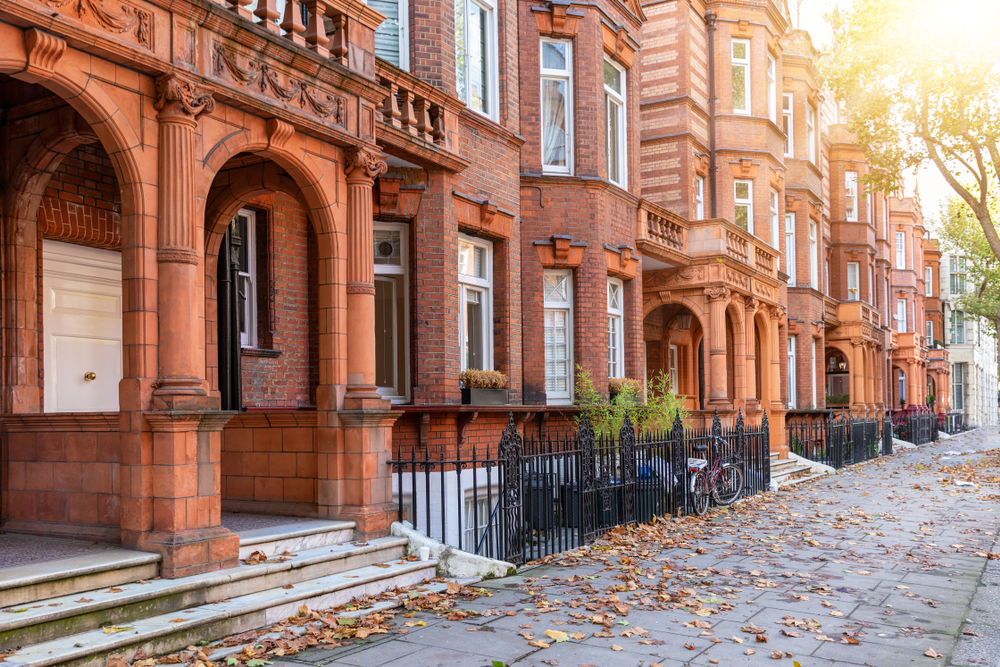 While there are acceptable options for retrofitting old buildings, these are usually complicated and costly. They also impact on the level of energy savings that can be achieved. So, for instance, an existing building commissioning approach takes less capital outlay and offers minimal risk, but it’s not going to get anywhere near zero energy goals.
Nevertheless, it can be done.

For starters, buildings that currently burn fuel oil or natural gas for heating will need to be revamped so that they run on sustainable renewable gas or electricity that is carbon-free. Insulation and air sealing will also need to be dramatically improved.

How Likely Are We Going To Be Able to Achieve Net Zero Energy Use?

This is a leading question. As a professional engineer working in some of the worlds largest cities, including New York and Chicago, I am quietly optimistic in spite of skepticism plus total non-compliance in parts of the world.

We have come a long way in the past three decades. While energy-neutral buildings are rare, some exist bringing hope to the ultimate goals of the net-zero challenge.

Individual homeowners and construction companies do seem to be accepting the challenge, even if on a relatively small scale. At very least, consumers need to use products and equipment, including appliances, that are energy efficient.

At the end of the day, the only thing that is clear is that the Commitment to achieve net-zero energy use is a very real challenge across all sectors of society. We will just have to wait and see how successful it is globally.

I don’t think we will reach net zero energy use, but I do think we’re going to make inroads. Without a doubt, more effort is needed right across the board, from governments to consumers. Let’s give it a shot. 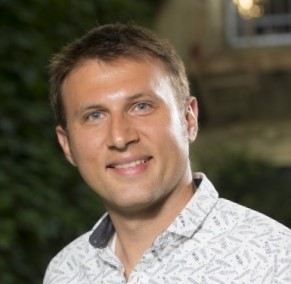 Written by Michael Tobias, the founder and principal of New York Engineers, an Inc 5000 Fastest Growing Company in America. He leads a team of 30+ mechanical, electrical, plumbing, and fire protection engineers from the company headquarters in New York City, and has led over 1,000 projects in New York, New Jersey, Chicago, Pennsylvania, Connecticut, Florida, Maryland, and California, as well as Singapore and Malaysia. He is 100% committed to the Net Zero Energy Use commitment.