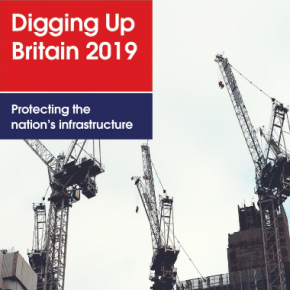 This article looks at how a record 62% of all UK excavation work is now preceded by a thorough search for underground assets, such as pipes and cables.

That is according to the Digging Up Britain 2019 report.

The report by LSBUD (Linesearch BeforeUdig) shows that there were 2,585,862 searches made through its portal last year – a 14% increase on the previous year. As a result, almost a quarter of a million potential strikes were averted.

Despite the promising increases, the report by LSBUD, which provides a free to use online safe digging facility, suggests that more than 1.5 million projects out of an estimated total of 4 million still took place last year without a detailed search for underground assets being completed. This equates to 38%, or a dig every 21 seconds. 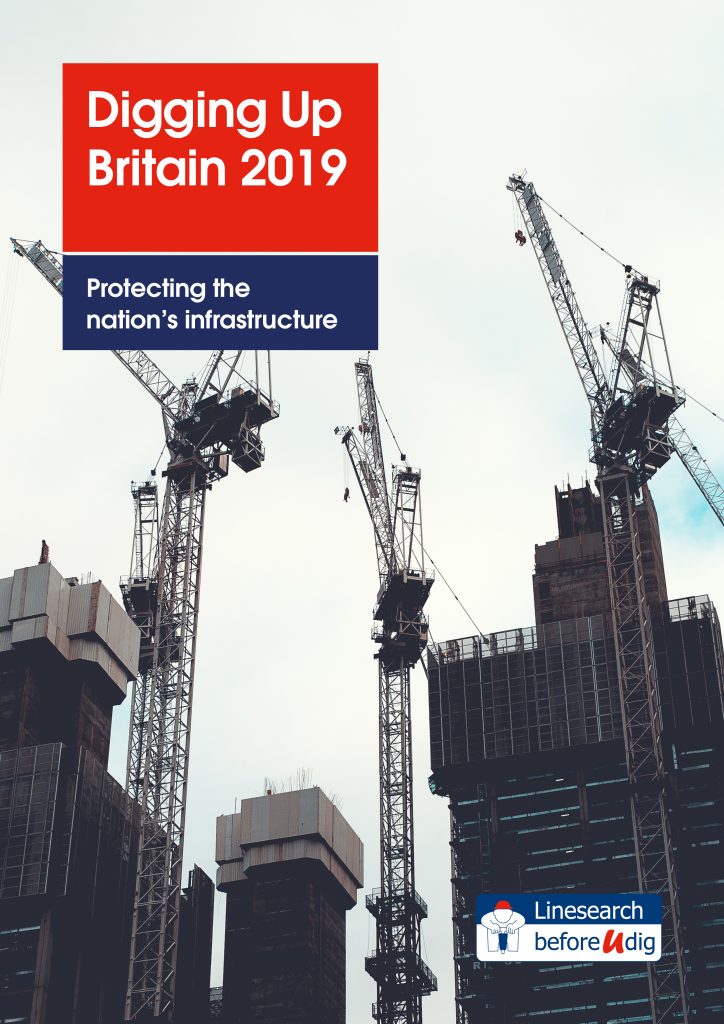 Richard Broome, Managing Director of LSBUD, commented: “It is fantastic to see such a significant increase in searches over the last year – with construction workers, subcontractors and the public all much more aware that they need to check for any pipes or cables that may be present before they put a spade in the ground.

“That said, it’s a worry that nearly four in ten projects are still taking place without proper searches being completed – leaving the UK’s utility infrastructure at risk.”

The report, which analyses the 2.5 million searches made during 2018 on LSBUD’s portal, also provides a fascinating insight into the sectors which did the most digging, and the type of projects involved.

Telecoms topped the list for a second year in a row. Telecoms contractors and operators completed 881,000 searches, making up 34% of all searches in 2018 (1% down on the previous year).

Water related information requests came next, with 574,000 searches, accounting for 22% of the total.

In addition to sector specific information, the report also captures the type of work which is taking place. It is perhaps no surprise that over 2 million enquiries (79% of all searches) related to utility works, but within this overall figure there were some interesting trends.

There was a 10% increase in telecoms related work, while the number of searches for utility projects that involved Horizontal Directional Drilling more than doubled in 2018. There were almost twice as many requests for BT manhole cover and frame projects.

Work by contractors on the nation’s roads also grew by 18%, with 360,000 requests submitted in 2018.  Housing grew its share of excavation work with a 21% surge in searches from firms involved in housebuilding.

According to the LSBUD report, emergency enquiries increased by 88% over the last year. If these figures are indicative of what is happening nationally, of the 4 million jobs completed, 216,000 of them were emergency related.

Richard Broome added: “This spike in emergency projects is worrying. If a utility company hasn’t registered its assets on our portal, the firm doing the digging will need to deal with the asset owner directly and that can take up to 28 days.

“This timescale does not fit with the urgency of an ‘emergency’ – so corners may be cut, assumptions made, and assets struck due to the need to fix whatever is causing the emergency.”

LSBUD’s report bears this out, suggesting a strong correlation between the severity of a strike and the nature of work being carried out – incidents are twice as likely to occur on jobs that are medium or high risk than they are on planned work.

Richard Broome concluded: “This is why we urge asset owners to register with our service; with more emergency works than ever taking place, and more people searching than ever before, for every type of project, it’s crucial to make it easy for firms to rapidly check what’s under the ground.”

According to the report, of the UK’s 1.5 million kilometres of underground utility infrastructure, about 800,000 is currently covered by LSBUD’s collaborative portal; this is a 23% increase on last year but still leaves 50% exposed to the risk of strikes.

The water sector is the most vulnerable, with only a limited number of companies making their asset information centrally available.

To download a copy of the Digging Up Britain report, go to https://www.linesearchbeforeudig.co.uk/digging-up-britain-report