Blogs » GUEST ARTICLE: What will a no-deal Brexit look like for the UK construction sector?

GUEST ARTICLE: What will a no-deal Brexit look like for the UK construction sector? 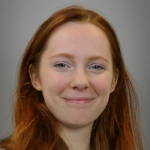 In this guest article, Luna Williams, political correspondent at the Immigration Advice Service, takes a look at what a no-deal Brexit would look like for the UK’s construction sector.

With Brexit day just around the corner, and the possibility of a ‘no-deal’ hanging in the air, several of the UK’s central sectors and industries have been cited as possibly under threat.

The Confederation of British Industry (CBI) released a report earlier this month which takes a deeper look into these concerns; demonstrating the importance of EU talent and free movement for several of Britain’s major industries.

Included in the report is a detailed breakdown of the importance of migrant talent in the construction industry, which demonstrates the extent to which a new restrictive immigration system would impact the sector.

But what would a no-deal actually look like for Britain’s construction sector?

Significant numbers of migrant workers also contribute to other important areas in the industry, such as bricklaying (8%), plant and mechanical operations (7%) and supervisory/managerial roles (5%).

If Britain is unable to reach an agreement with the EU, in which EU migrants can remain working with the same freedoms as they currently do, almost every area of the construction sector will suffer.

If not initially (from EU construction professionals moving to less-restricted EU countries immediately after Brexit day) then certainly in the long-term. With less welcoming policies, the likelihood that fewer skilled workers and laborers will choose the UK as their professional base in the future is greatly increased.

What’s more, as well as affecting permanent construction roles, further restrictions would also cause issues for temporary workers and contractors, who require continued mobility and access between the UK and EU member states.

Along with this, the UK also has a need for short-term specialist contractors, such as specialised civil engineers and highly-skilled project managers, who are required to enter the UK at short-notice and for short periods to work on construction projects.

A lack of mobility for overseas workers (particularly those from the EU) and stricter border regulations would result in long-term delays for key construction projects, such as the Heathrow Expansion and HS2.

Further to this, the report finds that the current work visa regulations would not translate properly if implemented for EU citizens. This is due to several flaws which UK employers have already noted with the current work permit system, formerly known as the Tier 2 work visa route.

As it currently functions, employers must go through a series of complex procedures before they can officially ‘sponsor’ and bring over a migrant worker for any given role. First, they must apply for a Sponsor Licence which allows them to begin the process of advertising and offering jobs.

This alone costs a significant fee and does not include the price of visa sponsorship. Following on from this, there are several bureaucratic hoops which they must jump through before they are able to fill the position, and this can cause delays and resource issues for companies in all industries, including construction.

The CBI’s recommendations include replacing the old free movement system with a new “open and controlled immigration system” which will ultimately allow for access to overseas workers to fill roles in all areas of the construction sector. However, the report has yet to be noted by the cabinet.

While Brexit negotiations are in a constant state of flux, we know for sure that the UK’s exit from the EU will mean a definite end to free movement.

However, May has stated that this will not mean that EU citizens who are currently settled in the UK will lose their rights or liberties. According to the current Brexit plan, a two-year implementation period will begin after Brexit day (29th March 2019).

This will allow for new immigration policies to be implemented and for the public to ease into the new regulations.

This implementation period means that any EU nationals who are currently residing in the UK will be able to settle in the UK permanently during this time. This time can also be used as part of the ‘qualifying’ period for those who are looking to gain British citizenship, if they have not already met it before March 29th.

If any agreement is reached between the EU and the UK, this implementation period will be put into action, allowing EU nationals in the UK to apply for permanent settlement or citizenship during this time.

However, if no deal is reached come Brexit day, there is uncertainty concerning whether this promise will be delivered as planned. While the government are currently making preparations for one such situation (in a contingency plan known as Operation Yellowhammer), there is a question mark over whether this transitional period will exist; if nothing is agreed by the EU and UK, there will be no rules to implement.

Further, the government need to factor in the importance of EU talent in the UK’s construction industry before accepting that a no-deal would be a feasible or sensible option.