Blogs » GUEST ARTICLE: Why a career in construction could be the next step for ex-military 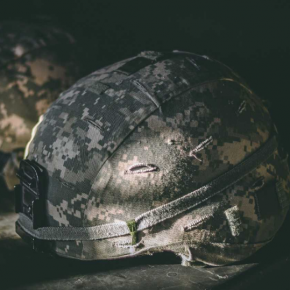 GUEST ARTICLE: Why a career in construction could be the next step for ex-military

This articles explores the concept of ex-military personnel taking on a role in construction as the next step in their careers.

However, over 14,000 people leave the military every year. This has become somewhat of a blessing for the construction industry, as it has created a sea of potential employees. Over 200,000 extra workers are needed before 2020 and ex-military personnel have highly transferrable skillsets and the potential to reach the top of the industry.

Ryan Latham, Senior Marketing Executive for 3B Training, has experienced firsthand how businesses can benefit from hiring ex-military personnel.

“Construction as an industry is growing, but it’s also is experiencing a gap in skills. An excellent way to fill in the hole for personnel with leadership, project management and teamwork skills is to investigate the pool of military leavers available,” he said.

“These transferable attributes are a valuable resource for the construction industry to help bring in skilled young workers.”

Other industries appear to ignore Armed Forces leavers as potential employees, so much so that some leave their service history from their CV.

Little do they know that they are missing out on a range of positive personality traits such as courage, discipline, selflessness and respect for others”.

Below, we take a closer look at what it’s like working in the military, what motivates members of the Armed Forces and why transitioning to a career in construction is the ideal next step for a leaver.

Why do people leave the military?

To understand why many people choose to leave the service, we’ve examined data from the 2018 UK Regular Armed Forces Continuous Attitude Survey Results which look at the impact of decisions affecting personnel.

Life in the Armed Forces requires specific demands that aren’t found in civilian jobs. When deployed, military personnel can find themselves away from their families for long periods of time, often in dangerous situations. Yet despite this, we found that the most common reasons for military personnel to seek a new career path are down to more familiar concerns:

– Job satisfaction: Only 55% of military personnel claimed they were generally satisfied with their job.

– Pay satisfaction: There has been a consistent drop in pay satisfaction since 2010, with only 31% currently admitting to being happy with their salary.

– Life satisfaction: When questioning their happiness and how worthwhile they feel the things they do in life are, at least one in five members of the military rate them as low.

Since 2005, the Royal Marines have also seen a large decrease in the levels of satisfaction with opportunities for professional and personal development.

It seems then, that much like civilian jobs, careers in the military are more motivated by personal growth and satisfaction.

This has led to a staggering 42% of military personnel actively searching for a new career outside of the Armed Forces over the past 12 months.

The construction industry is currently suffering from a skills shortage, resulting in a need for over 200,000 more workers by 2020.

According to the Royal Institute of Chartered Surveyors (RICS), the lack of skilled workers in the UK is the highest level since 2007, meaning the government’s initiative to build 300,000 new homes each year looks optimistic at best.

Former military personnel have a great opportunity to fill the construction skills gap. There are many sectors in the Armed Forces which provide their personnel with a number of highly transferrable skills, whether that’s engineering, mechanics or electronic.

A number of companies recognise the potential of military leavers and provide specialist training programmes to help them adjust to civilian life and a new career in construction.

There are specialist courses available that provide Enhanced Learning Credits to enable lifelong learning to ex-members of the military or those looking to leave.

These credits cover 80% of course fees and are available to anyone who has served a minimum of 6 years.

Working in construction allows leavers to put their experience to good use in a number of potential opportunities.

The industry is not only in desperate need of construction workers but also manager positions, which is perfect for ex-officers who have experience leading teams and getting results in difficult situations.

When working in the armed forces, you receive a level of training that simply isn’t available in other career paths. Regardless of their previous role, leavers are all highly disciplined and have fantastic teamwork skills.

– According to the Armed Forces survey results, 82% agree that they have confidence in themselves as a team, plus, 78% believe their team know exactly what their responsibilities are and that their team can be relied upon to help when their job gets difficult. A strong team that can work well together and keep their cool under pressure is exactly what the construction industry needs.

– Many working in the military are proud of the work they do, with 50% of the Royal Marines claiming that their service inspires them to do the best in their job. With the construction industry looking for a dedicated new workforce, finding employees who take pride in their work is crucial.

– Leavers are not just job applicants to the construction industry, they’re assets. Due to their experiences in the Armed Forces, they can pick up skills much faster than most people in civilian professions and can help quickly fill the large skills gap. A team of highly trained, dedicated workers and authoritative, respected managers is the solution the industry has been looking for.

Samantha Gregory, Training Coordinator at 3B Training and former Vehicle Mechanic in the REME, knows firsthand what ex-military can offer the construction industry.

“The work ethic for military leavers is completely different from civilians. It is embedded in us to turn up on time (5 minutes before 5 minutes early) and to just get the job done,” she said.

“Leavers are great at working under pressure and are taught to work through problems ourselves and come up with practical solutions. They can work with anyone and take instruction well.

“Plus, if you’re looking for a manager you’re in the right place, as working in the Armed Forces gives leavers some of the best training in some of the worst environments.”

2 comments on “GUEST ARTICLE: Why a career in construction could be the next step for ex-military”