Blogs » Hinkley Point C: what’s all the fuss about? 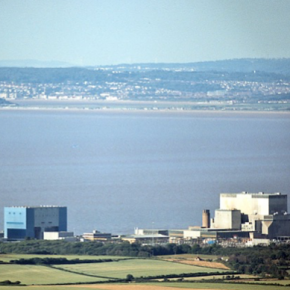 Hinkley Point C: what’s all the fuss about?

EDF’s proposed plan will see Hinkley Point C built next to two existing facilities (Hinkley A & B), with the hope that the facilities will be operating by 2025 and providing electricity to its consumers.

This will deliver 7% of the UK’s electricity, when most other nuclear stations will have closed down, and it will actually help us reach our climate goals, as nuclear energy is a much cleaner alternative to that of coal and/or oil.

Due to the project being funded by other members of the EU (assuming trade negotiations are positive after the Brexit impact), it will not only provide and economic stimulus, but also saves the UK a fairly large sum of money.

Why have France and China joined the funding?

France – France helped with the funding because it’s a step forward in their pursuit of international nuclear ambitions, and they want to put their setbacks in Finland and Flamanville to bed. It also allows them to show off their reactor technology and give it the international status they believe it deserves.

China – China (via the CGN group) have covered £18 billion of the cost (1/3rd) in an attempt to get involved with Western Europe’s technological and environmental future plans.

EDF has claimed that Hinkley Point C will become the biggest construction site in all of Europe and will additionally provide around 25,000 jobs. During peak activity on site, HPC will see over 5,500 people working on the site, with the finished site also employing around 900 people on a permanent basis.

The initial upfront cost for EDF and their partner to construct Hinkley Point C will total £18 billion (covered by China), though EDF will obtain a fixed price for Hinkley’s electricity for 35 years. This means that the future consumers of Hinkley Point C will pay billions, and EDF can expect around 9/10% return on its investment.

Why is the UK so keen on nuclear?

We have Tony Blair to thank for the UK’s commitment to new nuclear back in 2006, and successive governments have jumped on the bandwagon, claiming that nuclear energy is the cleaner, safer and more efficient route to our planet’s sustainability (until we find an energy source that’s cleaner and more powerful than nuclear). 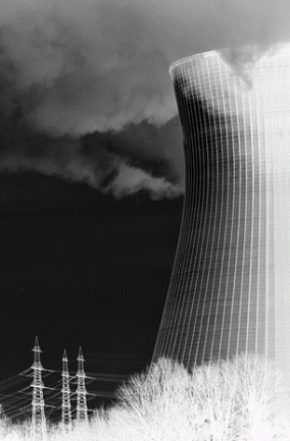 In fact, if we were to dump nuclear energy, we’d end up using more coal, which is far worse than nuclear’s clean energy. Mark Murphy of Oyster Diving believes that nuclear energy is the most logical step forward as wind, water and solar energy climb up the ranks:

“Our reliance on fossil fuels is becoming more and more of a problem by the day. Not only are they contributing to frequent oil spills in our oceans, but they’re now creeping into our cities, just look at China. At least by focusing on the development of nuclear energy we can halt the progression of coal and oil facilities until more eco-friendly energy sources come into the fray.”

By switching to nuclear, it makes the UK less reliant on coal and oil – key fossil fuels that seriously damage our atmosphere. Nuclear additionally provides something called base load electricity – meaning it supplies just enough to satisfy minimum demand because it’s always available.

This is incredibly important as more and more eco-friendly power sources climb up the ranks, such as wind turbines, hydro, and solar power.

Why the wait? – will it all be worth it?

The reason why this project has taken so long to get going is down to the boss of EDF. He initially stated that he expected the people of Britain to be using Hinkley’s power by 2017, though the project has constantly hit stoppages and delays.

One of the main concerns revolved around Areva’s EPR reactor, as it’s incredibly complex and has proved very difficult to construct, France ran into this problem during their project in Flamanville and ended up going three times and three years over their initial budget and schedule.

EDF faced another setback when they were faced with continuing liabilities due to the roll-out of smart metres and the upgrading of France’s nuclear power capability. French trade unions also made it difficult for Hinkley to get underway, as it has to conduct a laborious consultation with its works council to sidestep an legal ramifications.

Only time will tell if Hinkley Point C will live up to its hefty and expensive expectations, though with backing from China and France, it looks a deal well struck for the UK amidst the chaos and confusion.

One comment on “Hinkley Point C: what’s all the fuss about?”