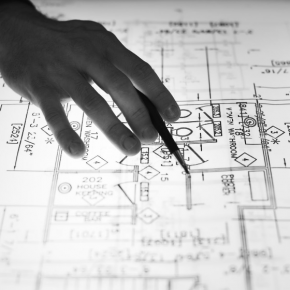 History of the Prefab: Quonset Huts

The old saying ‘the more things change, the more they stay the same’ could reasonably apply to Quonset huts.

Originally designed to cater to the logistical needs of World War II, the basic design lives on and is still a staple of prefabricated metal hut design. These days modern Quonset huts fulfill a multitude of uses including garages, aircraft hangers, bulk storage facilities, small business premises and even homes.

The evolution of Quonset huts:

The need for portable huts in wartime

When it was clear the US would be entering World War II then a key priority was logistics; how to effectively provide easy to put up and highly transportable storage and shelter for military personnel and supplies.

In the First World War, the British had pioneered the use of transportable structures with the Nissan hut; this acted as the inspiration for the US military.

The military went to George A. Fuller – a construction company in New York – with a request to build suitable structures within two months. The company obliged by setting up a production facility at Quonset Point, Rhode Island (hence the name of the huts) and started production.

The huts had to be strong, durable and easy to assemble.

The semi-circular section design was settled on and achieved with a basic ‘skeleton’ of semi-circular ribs covered in corrugated sheet metal; the whole set on a steel frame foundation with a plywood floor.

The overall design was perfect for the use it was intended for; they were easy to put up and take down requiring only basic hand tools and no specialist knowledge, could be transported in easy to handle kit form and – because of their semi-circular cylindrical design – provided robust protection against even severe weather such as hurricanes and blizzards.

Due to the absence of support beams and uprights, there was plenty of space inside for maximum storage and accommodation of personnel.

These Quonset huts saw use in all sorts of military settings such as on airstrips and barracks, and in one example several were strung together to create a 54,000 square foot warehouse.

Some 170,000 Quonset huts were built during the war and lived on after the conflict ended in 1945.

Some were sold to civilians to create homes not unlike the prefab housing options becoming popular in the US, some universities turned them into student accommodation, and small businesses found Quonset huts an ideal low-cost way to set up shop. The Sacramento Peak observatory based itself in Quonset huts in 1948 and there was even a play written about them: ‘Tents of Tin’ by Robert Finton.

Far from being a relic of the war, the Quonset hut is arguably a design icon like the Jeep and it certainly still plays a key role in prefabricated structural design.

The basic effect of the original design allied to modern technology means they can still be transported and put up quickly and easily as per their original design remit, but 21st-century prefabricated structure techniques mean they can perform a myriad of functions as discussed earlier.