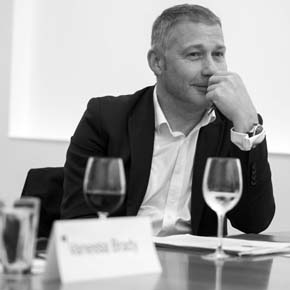 Martin Townsend, Director of Sustainability at BRE Global, discusses the House of Lords report on improving the quality and health of homes.

Published last week, the House of Lords Select Committee report Building Better Places makes significant and welcome recommendations to improve the quality and health of homes being constructed in the future rather than merely focusing on delivery. But will they be taken seriously by Government which has committed itself to building 400,000 homes by 2020?

The report raises important concerns that an emphasis on speed and volume in order to deliver the numbers is likely to be at the expense of considerations of place-making and wider sustainability of developments. They also stress that local authorities with reduced financial freedom are less likely to be able to play the full part in contributing to new housebuilding which they need to in order to achieve the goals.

Poor housing has a major impact on health and therefore cost to the nation. The Lords quote the BRE study in their report which estimated that the total health cost to the NHS is in the region of £1.4bn to £2bn for England alone. This shows the scale of the problem, it is not just about creating buildings which have kerb appeal.

The UK Industry Performance Report published last year by Glenigan found that customer satisfaction with housing projects had dropped from an 88% maximum between 2003 and 2012 to 74% in 2015. While this drop could be partly explained by the fact that efforts by the BRE and other organisations to drive housebuilding quality has led to greater consumer engagement with and expectations of quality, but the size of the drop also suggests that there is a problem currently in delivering it across the board.

The House of Lords report is huge and wide-ranging, and along the way makes some strongly-worded criticisms and some very important recommendations. Some of these may well see the light of day given the high-profile and prestigious nature of those who have delivered it. The focus is on rebuilding the central role of Government in being both the catalyst and custodian of design quality in the industry.

The main outcome is the recommendation of a Chief Built Environment Adviser who would be able to integrate policy across Government departments. This would help to resolve what the Lords say is a damaging fragmentation of that policy currently. This appointment would be underpinned and bolstered by a review of the Government’s Construction Strategy which would give the Government a far greater leadership role in creating and implementing standards of design quality, including restoring some of the powers it lost when the Commission for Architecture and the Built Environment was dissolved.

Perhaps less likely to be realised are the report’s calls for a reversal of the removal of the zero carbon homes target, and the Code for Sustainable Homes. However the cogently worded call for the Government to “implement a viable trajectory towards energy efficiency and carbon reduction in new homes” is something many across the industry would strongly support. Also the recommendation for Governments and local authorities to encourage development on smaller sites will receive a lot of warm approval not least from SME builders.

We echo the concerns of the report’s authors that the current focus on delivering volume in housebuilding is risking a negative effect on quality. While delivering volume is crucial, in the current climate of deregulation in the planning system combined with intensification of housebuilding there are clear risks, however the report contains some clear ways forward to prevent detrimental results. We cannot help but agree that the UK needs to fully recognise the “power of place” as the report’s authors put it, and be more ambitious in creating high quality housing, to avoid increased longer term cost but also enhance well-being of occupants and communities in the short-term.

As part of delivering this, we support the idea of a stable National Planning Policy Framework to offer consumers and businesses the certainty they need. However we agree with the Lords that more investment is needed in planning departments’ capacity and skills to proactively drive design quality and achieve sustainable high quality housebuilding.

We highlighted a disconnect between housebuilders and homeowners on long-term quality highlighted when we gave evidence to a Government Inquiry into the Quality of New Build Housing in England held in October 2015. Use of wide-ranging independent standards that are demonstrably robust and which combine the interests of homeowners with the construction industry are a solution.