Blogs » House prices still on the rise despite Brexit 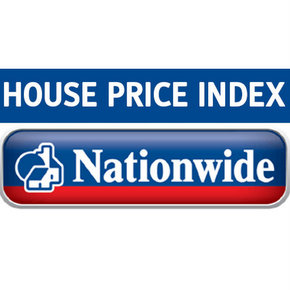 House prices still on the rise despite Brexit

The latest Nationwide House Price Index shows price growth was steady in July, with a small increase of 0.5%. The annual house price change also nudged higher at 5.2%, up from 5.1% in June.

Below are some industry reaction, beginning with Robert Gardner, Nationwide’s Chief Economist commented: “It will be tempting for commentators to assign any trends in the coming months to the impact of the referendum… (however) housing market transactions were always likely to soften over the summer after the surge in activity in March, as buyers brought forward purchases of second homes to avoid the stamp duty levy, which took effect in April.

Determining how much of any fall-back in activity is the result of the tax changes and how much is due to the referendum will be difficult.In the near term, increased economic uncertainty may lead to weaker demand for homes. Leading indicators are consistent with softening ahead.

Even if there is a fall back in demand as a result of economic uncertainty, the impact on house prices is not certain, as potential sellers may also hold off from placing their properties on the market. The stock of homes on estate agents’ books is already close to its lowest levels for thirty years, and surveyors have reported a decline in new instructions to sell alongside a fall in buyer enquiries.

Moreover, housebuilders may react to the uncertainty by delaying construction, even though home building is already failing to keep up with the natural increase in the population.”

Rob Weaver, Director of Investments at Property Partner and the British Property Federation added: “It’s difficult to read too much into this uptick in July but positive growth can be seen as proof of the residential property market’s underlying strength in uncertain times. The key determinants, ultimately, are economic conditions. Homebuyers should be encouraged by a robust labour market and solid employment growth, particularly in London, and historically low borrowing rates which could drop even further.

Yet fundamental to the housing market is that Britain simply doesn’t have enough homes. Brexit or no Brexit, demand outstrips supply, which is further exacerbated by a growing population. The disconnect between supply and demand will continue to put upward pressure on the housing market over the medium to long-term. And even if prices dip, it will at least provide a solid floor”.

Howard Archer of IHS Economics told the Financial Times: “Housing market activity and prices now look to be at very serious risk of an extended, marked downturn following the UK’s vote to leave the EU. This is likely to weigh down markedly on economic activity and consumer confidence, which is not good news for the housing market.”