Blogs » How can the construction industry combat the skills shortage? 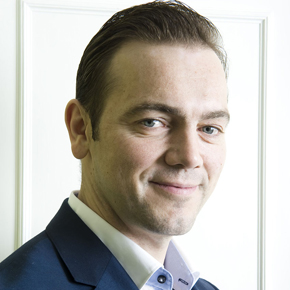 How can the construction industry combat the skills shortage?

The construction industry is facing a crisis. One of the legacies of the 2008 recession is that the industry is suffering from a growing skills shortage which, unless drastic action is undertaken, is only set to get worse.

So what is being done about it?

In 2015, the Government announced the introduction of the Apprenticeship Levy, which has been designed to fund three million extra apprentices across all industries by 2020.  Potentially, the Levy will help produce construction’s urgently-needed next generation through the increase of skilled apprentices.

Despite the new scheme being set to be rolled out in April 2017, further details have been slow in being published, with Brexit given as one of the reasons. This has left the Levy in a state of uncertainty, particularly for firms that are exempt from this scheme and unsure how they can claim support – something that affects many small and medium-sized construction firms.

In addition, with the upcoming changes to the Construction Industry Training Board Levy, construction firms have even less of an idea on how to properly budget for training and apprentices.   This could therefore all lead to a situation where many firms decide to put their apprenticeship plans on hold for another year, further increasing the skills shortage with no new skilled workers moving up the ranks.

How can we as an industry do more to prevent this?

We at Hudson Contract created an Apprentice Sponsorship Scheme in 2011, following the discovery that construction employers were often reluctant to take on apprentices due to financial pressures and concerns regarding workloads.  Other concerns we have noticed as key deterrents for firms taking on an apprentice include; finding apprentices with the right attitude; with a strong work ethic and who understand and respect site safety rules.

Added to this, the issue of funding doesn’t go away and you can start to see that there are many perceived barriers in place which prevent many firms from investing in apprentices that can fulfil the skills shortage and safeguard the future of the industry.

Looking at the national situation, the construction industry needs to get more young people interested in a career in construction as a viable and attractive option for progression.

Everyone needs to play their part –employers, students, the government, colleges and tutors – to ensure it’s a system that works in helping youngsters take their first step on the ladder. Only through this collaborative approach is the industry going to be able to address the skills shortage.

One comment on “How can the construction industry combat the skills shortage?”