Blogs » How construction has changed: the latest challenges 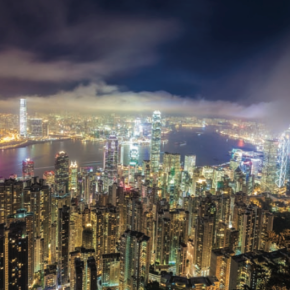 How construction has changed: the latest challenges

The construction industry changes quickly and regularly pose new threats and challenges to construction firms throughout the UK. To combat this, the government released a report back in 2013 named ‘Construction 2025’ which laid out plans to place Britain as a leader in global construction.

But it isn’t just the British Isles facing new challenges within the construction industry. Globally, the population is predicted to hit 9 billion by 2050 and two out of every three of those people are set to live in cities. This increased demand onto what is already one of the largest industry sectors on the globe is starting to show.

So what are the new challenges is the construction industry facing? Here, Modern Garden Rooms, have a look at which hurdles the industry may need to leap in the coming years.

It’s estimated that half of all non-renewable resources used worldwide are used in the construction industry. But this isn’t a new revelation and combating the damage caused by the construction industry isn’t a new challenge. It is, however, more prevalent than ever, as the need for infrastructure is seeing a consistent increase. It’s becoming more and more apparent that the predicted growth cannot be accommodated by natural resources.

The biggest challenge is meeting sustainability targets in developing countries like India. There has been an improvement as more and more countries adopt sustainable construction regulations and codes of conduct, but this change needs to scale rapidly if it’s to balance out the negative impact and meet the ever increasing demands of the Earth’s population.

We’ve touched on population growth a little already, but let’s look at the challenge a little closer. As the population continues to increase, not just globally, but domestically, we will begin to see increased pressure on our resources. Physical space being one of those resources. This requires architects and construction firms to carefully consider how to effectively use the urban space they have, creating infrastructure for more people, without having a serious impact on resources such as space.

It’s also true that our urban developments are encroaching on the rural countryside. And while it’s important to make the most of the space we have available, we cannot do so at the expensive of our green spaces. Finding ways to meet demands and keep rural Britain intact is a very real challenge faced by the industry.

A study carried out found that the UK construction industry is caught in one of its worst skills shortages in 20 years, with many currently working in the industry part of an older generation. In fact, 22% are thought to be over 50 and 15% in their 60s. The industry also seems to be losing out to work that offers more stable and competitive pay with one study finding that the overall appeal of the construction industry amongst young people is low, scoring just 4.2 out of a possible ten for 14 to 19 year-olds.

It is evident then, that in the coming years, the construction industry will have to adapt and become a more attractive prospect for the younger generation.

One new challenge that stands before almost every industry in the UK is Brexit. It’s difficult to speculate just how leaving the EU will impact the industry, but many believe that construction firms will really feel the punch over the coming months.

The skills shortage within the UK means that the industry relies quite heavily on foreign migrant labour for both skilled and non-skilled roles. If immigration numbers are heavily limited as a result of Brexit we could see the current skill shortage worsen. Another area of the construction industry that could be impacted by Brexit is the import and export of materials. As members of the EU, the UK could enjoy free movement of goods around Europe. As we leave the EU, this could change. Imports and exports may now face duties and limits on quantities, leading to an increase in the cost of materials and a potential overall shortage.

Many construction firms are already working on tiny profit margins meaning that one mistake or unexpected change of plans can ruin profits for the whole project. These unexpected changes are happening more and more frequently, too, as designs become bigger and require a higher level of efficiency than ever before. The result is a common problem in meeting projects on-time and within budget. In fact, one study carried out by Accenture found that just 30% of large projects within the energy industry were delivered on budget and just 15% delivered on time.

These are the biggest issues currently facing the construction industry, and while some of them may not yet pose a serious problem it’s likely that they will in the coming years. All these challenges are becoming apparent at a time of great flux in the industry, too, as digital technology transforms what once were traditional construction methods, bringing them into the modern age. These new technologies can help firms leap some of these oncoming barriers, but not all of them. Now isn’t a time to sit back and hope that the industry will change itself. It requires action from each individual within the industry.