Media round-up of what’s new in building includes: how to build a Death Star, the 10 top construction projects for 2016, a cone-free Christmas on UK roads, the renewables VAT hike, London property price plunge, and the latest statistics on construction growth.

How to Build a Death Star 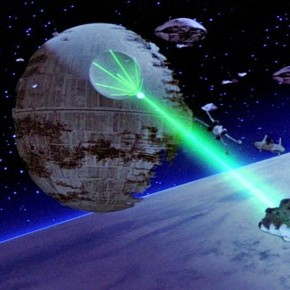 NASA’s Brian Muirhead explains how to build a Death Star and tells us what it would really be like to fly past a flurry of asteroids.

In a video released on Wired, Brian Muirhead, the lab’s chief engineer, says the Empire took a roundabout route in building its self-proclaimed “ultimate weapon.” It needn’t have shot materials out of a planet and constructed the megastar in space, he says. Instead, it could have just used a pre-existing asteroid.

“It could provide the metals. You have organic compounds, you have water – all the building blocks you would need to build your family Death Star,” he says  – more in the video below.

Read the special report from Daniel Kemp from Construction News that looked at the 10 projects to watch in 2016 including:

HighwaysEngland to remove 400 miles of roadworks for Christmas

Construction News reported that England’s highways are set to be virtually roadworks-free this Christmas after Highways England confirmed that it would remove the majority of roadworks in time for the festive period.

Despite a slew of healthy earnings from UK builders and tool hire groups, UK construction output expanded less than expected in October, but looking on the bright side, it returned to growth after a disappointing September. Construction output rose 0.2 per cent in October from the previous month, undershooting analyst expectations of 1 per cent growth.

In August, UK construction output contracted for the first time in 24 months on a year-on-year basis. The contraction continued in September, but October saw the sector return to growth.

The government has proposed a 15% VAT hike for domestic solar panels and other renewable energy products after falling foul of EU rules.

To comply with the rules, HMRC has launched a consultation on proposals which will see products such as insulation and wood-fuelled boilers remain at the reduced 5% rate, but will mean renewable energy products such as rooftop solar panels and wind turbines will have to move back to the standard 20% rate.

Lauren Cook, policy analyst at the Renewable Energy Association: “Once again this is bad news for the renewable energy and energy efficiency market, if the proposal is successful. An increase in costs of 15% for all wind, hydro, and solar projects is yet another blow to an industry facing significant job losses and shifting sands when it comes to policy.”

Are developers are building flats they won’t be able to sell?

The Independent reported that the flood of foreign money that was pushing so much of the boom has turned to a trickle. The Russians are not buying in the same numbers because of Vladimir Putin’s crackdown on locals holding cash overseas. China is also having a corruption purge. The foreigners market is all but exhausted. Are £1m plus apartment prices in London set to plunge?

For the latest in What’s New In Building subscribe today to receive the free weekly Buildingtalk Newsletter.