Blogs » How to stop worrying about Brexit and grow your business 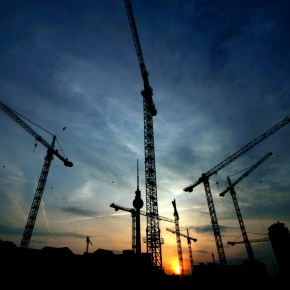 How to stop worrying about Brexit and grow your business

Sean Ofsarnie, co-founder and director of construction chemicals distributor Resapol, discusses negative reports about the impact of Brexit on the construction sector, and why construction industry bosses shouldn’t be too worried about them.

Since last June’s historic vote to take Britain out of the European Union, endless column inches have been spent discussing the potentially negative impacts of this huge constitutional change. Recently, a new study was published in business paper City A.M., predicting that Brexit could leave 25% of the UK’s construction firms at risk of insolvency. While I am wary about the potential risks of Brexit, I also feel that the negativity surrounding its impacts on the construction sector are more than a little overblown.

My own company, Resapol – an independent supplier of construction chemicals – is one such company that has defied the grim predictions to perform well during the post-referendum period. In the aftermath of the vote, myself and my team were a little worried about the gloomy outlook from political commentators, but we rolled up our sleeves and got to work doing what we’ve always done; providing a good service to our clients and looking to grow.

Nine months after the referendum, our company was able to grow considerably, relocating our London and Southampton depots to bigger and better premises, ensuring same day delivery, and an easier and more friendly collection service in London. This flew in the face of a number of news stories I’d read claiming that the construction sector was set to go down the drain. In light of what I’ve learned in the year since the referendum, my overall message is this; stop worrying about Brexit. Seriously. I personally don’t think Brexit will be as bad for Britain as some are predicting, but even if it is, you will achieve nothing by sitting around reading the news and worrying.

Roll your sleeves up, set your goals, and work hard towards them. We may be in a period of uncertainty, but the good old fashioned method of having goals to work towards, and working hard to achieve them still counts for a lot. For better or for worse, Brexit is happening. We can’t change that, but what we can change is the way we react to the situation. Stop worrying about Brexit, and focusing on growing your business. Stay positive and work hard, and there’s no reason you can’t come out the other side unscathed.