Blogs » Hung Parliament: what does this mean for the housing market? 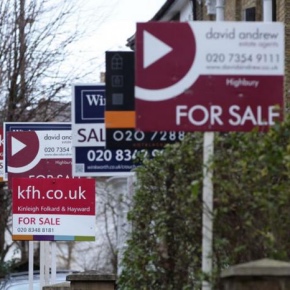 Hung Parliament: what does this mean for the housing market?

Given the unprecedented turn of events as the UK election results are announced, there will undoubtedly be an impact on the UK and London housing markets.

Whilst it is most likely that the Conservative party will form a coalition with the DUP to create a working majority, the UK looks set to face an extended period of uncertainty, historically unattractive to inward investment.

However, as it does not appear possible for Labour to form a rainbow coalition with the other remaining parties, the uncertainty caused by a possible second EU referendum may have receded. In addition, the weakened position of the Conservative party, in conjunction with a pro ‘soft-border’ DUP, would suggest that the UK will be on course for a softer Brexit.

This outcome may well be attractive both to institutions considering their position in the City of London and international investors looking at the UK, particularly as global events such as the Trump-Russia affair and continuing destabilisation in the Middle East is causing even greater economic and political flux outside the UK.

The diminished threat of Labour implementing aggressive tax and spend policies will also be welcome both to business and investor sentiment, taking the edge off uncertainty caused by these election results. Significant tax increases targeted at property investors that Labour might also have instituted are now less likely to occur.

Whilst sterling has rallied slightly in the early hours of today, it is now between 2% and 3% down against the dollar and euro from yesterday from an already weak position. This is likely to continue in the current political situation which may encourage more active investors to take advantage of discounted prices in the property and stock market.

Nevertheless, it is anticipated that transactions will continue to fall in Prime Central London whilst investors assimilate the new situation, particularly at the luxury end and in the new build sector, already battered through the introduction of new residential taxes.

For the domestic housing market, outside Prime Central London, the recent evidence of a downturn by most data analysts, due to concerns over a weakening UK economic position and rising inflation, is unlikely to be reversed in light of the current events.