Blogs » Improving productivity in construction and the built environment 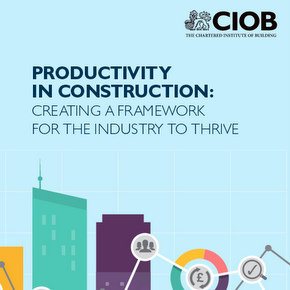 Improving productivity in construction and the built environment

The latest ONS statistics show the biggest fall in UK productivity since the financial crisis in 2008. Productivity in the UK compares badly when compared with other major economies despite our economy out-performing many of them. 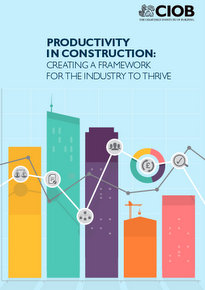 CIOB report ‘Productivity in Construction: Creating a Framework for the Industry to Thrive’.

The latest Chartered Institute of Building report, Productivity in Construction: Creating a Framework for the Industry to Thrive, aims to kick-start a debate, not looking just at productivity in the construction industry, but how the built environment itself can play a key role in productivity growth in the UK.

Paul Nash Senior Vice President of the CIOB: “Better buildings and infrastructure contribute to productivity not just through their primary function or by increasing economic output. By making people happier, safer and healthier, benefits which are often overlooked, the built environment encourages society to be more productive.”

The report looks at how construction acts as an agent of change to improve productivity within the wider economy.

What are the opportunities and challenges in delivering improvement within the construction industry?

A survey evidence from across the industry shows a wide consensus on many of the policies that should boost construction productivity.