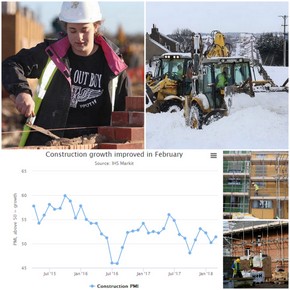 Our industry news update includes: the financial impact of the winter storms; news of the first UK female brickie apprentice;  a scathing attack by the FSB on the history of late payments to small suppliers by Carillion; and details about Governments plan to strip Councils in England of planning powers if they fail to build enough homes. 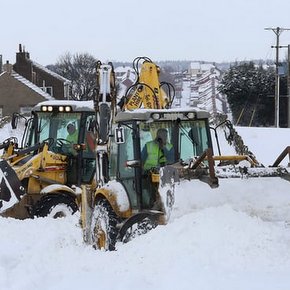 The Guardian, reported on the financial impact of the ‘beast from the east’, the worst storm since Christmas 2010. Gridlocked motorways and idle diggers seen across Britain last week cost the economy at least £1bn a day and could halve GDP growth in the first three months of the year. But extreme weather was likely to have the biggest impact on the construction industry, which experts said could lose up to £2bn over the three worst days, as sub-zero temperatures forced building workers to down tools.

Despite the financial gloom cast by the weather, The Telegraph reported that the construction sector is beginning to show signs of life. Commercial building work accelerated in February at its fastest pace since May 2017. Residential construction also picked up with IHS Markit’s purchasing managers’ index (PMI) for homebuilding rising to 51.5, up from 48.1 in January and above the 50-mark which indicates growth. Overall the construction PMI rose from 50.2 to 51.4, the first rise in three months. It represents a faster acceleration than economists had anticipated. Duncan Brock at the Chartered Institute of Procurement and Supply said: “The only glimmer of hope through the masonry came from the commercial sector, with the strongest bounceback since May 2017 after languishing in the doldrums these past few months.” 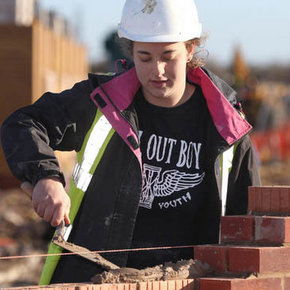 A report in the Daily Star on Friday said Carly Mason is believed to be the only female candidate to have landed the two-year construction training and the UK’s first girl apprentice bricklayer. But is she really the first?

Carley Mason said she had been inspired by her father David and fell in love with building at a young age. “It came as a surprise to me that I might be the only female apprentice bricklayer in the country – but I’ll take that. I always knew I wanted to work in the construction industry and have worked on projects with my dad, so bricklaying seemed like the path for me.”

Her success comes after a government scheme encouraged more women to take on construction jobs.

Carillion’s small supplies should be paid 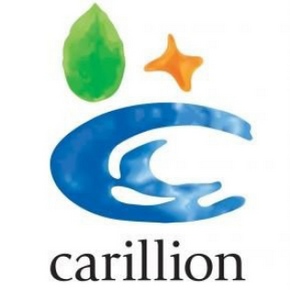 Mike Cherry, chairman of The Federation of Small Businesses wrote to the joint committee of MPs investigating the collapse of Carillion setting out the questions that the politicians have so far failed to ask and demanding that small suppliers are paid.

“It was with some weariness that I heard of the responses given to your questioning of Carillion’s directors with regards to poor payment practices. I would want to know of the 10% of businesses in which payment took longer than 60 days, how many businesses this represents. I would like to know who it was in Carillion that decided to treat small suppliers in this way when the company began to stall, and whether the directors were simply unaware of what was going on in their own company.” 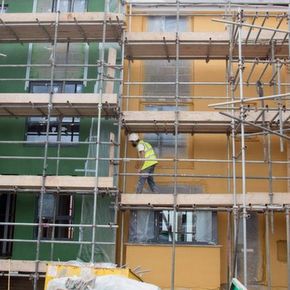 Councils in England could be stripped of planning powers if not enough homes are being built in their areas.  Housing Secretary Sajid Javid has warned, warned that he would be “breathing down” the necks of local authorities to ensure building targets, set by the government, are met.

Theresa May told the BBC the level of house building was a “real problem” and she will announce an overhaul of planning rules in an attempt to increase the rate of house building in England. A new planning policy framework will contain new rules to determine how many homes councils must build – taking into account local house prices, wages and key worker numbers.

Higher targets will be set for areas where house prices outstrip annual earnings. Mr Javid said councils that fail to meet targets will be stripped of the right to decide what is built within their boundaries, with inspectors making decisions instead.