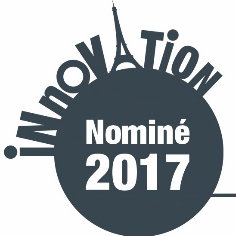 Howard Chapman, Buildingtalk Editor, reports on the major trends in construction in Europe that will be highlighted at  Le Mondial du Bâtiment Innovation Awards. The winners will be announced at Le Trianon in Paris on 18th September and Buildingtalk will have all the details in our industry newsletter emailed the following morning. You can subscribe free via this link.

On 18th September I will be at Le Trianon in Paris for the 2017 Innovation Awards, representing Buildingtalk as one of the specialist media that form part of a panel of around 100 Expert Juries that also includes representatives of institutions, certification bodies, contractors, project owners, businesses, distributors and specialist trades.

Many of the major pan-European construction product companies competing for the awards have manufacturing facilities in the UK.

The prize-winners will be chosen by a Grand Jury meeting on 6 September, reviewing the 89 nominees chosen from the 217 entries.  The winners will be revealed at the Le Mondial du Bâtiment Awards Ceremony at Le Trianon in Paris on 18 September 2017.

The prestigious Innovation Awards are one of the key indicators of trends in the European construction industry.

The event is organised bi-annually in partnership with ADEME at Le Mondial du Bâtiment 2017 and its trade shows INTERCLIMA+ELECHB, IDEOBAIN and BATIMAT.

From 6th to the 10th November, the products will be showcased on the Innovation Areas of this major global building trade event of 2017 being held in Paris.

“The three Le Mondial du Bâtiment trade shows will once again serve as a launch pad for many innovations, providing the ideal conditions thanks to dedicated innovation areas and visitor itineraries.

The 2017 Innovation Awards will see the emergence of four major trends across all of the industry’s professions: smart objects are no longer just a fad but are becoming a reality in all sectors; technological integration is benefiting users by offering improved performance, user-friendliness and ease of maintenance; the arrival of biosourced materials and components will help improve the carbon footprint of construction; the presence of autonomous solutions that generate, store and use energy will also help boost the Energy Transition that is now underway.”

The Winners and Special Commendations will be announced during the Awards Ceremony on Monday evening, 18th September at Le Trianon in Paris.

Buildingtalk will have all the details in our industry newsletter emailed the following morning. You can subscribe free via this link. 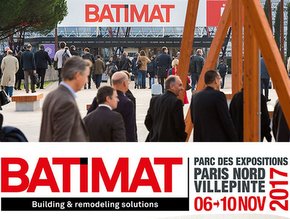 Batimat attracts architects, specifiers and other industry professionals from across the world including many from the UK.

This year there will be over 1,700 exhibitors – 53% of these are international companies selling across Europe. They expect over 300,000 visitors to the exhibition and 24% will be coming from outside France.

Link to more about BATIMAT 2017

Link to details about tickets for BATIMAT 2017