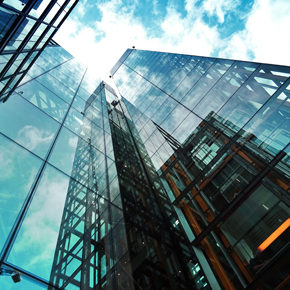 Max Banner, Buildingtalk Online Editor, takes a look at the government’s industrial strategy that has recently been proposed and what it could have in store for the sector.

The Budget; all of the speculation and conjecture was finally put the rest when Philip Hammond paraded his red box and gave his lengthy speech to the Commons, where it seemed ‘Spreadsheet Phil’ became ‘Standup Phil’, as the Chancellor attempted to inject a hint of comedy into the serious proceedings.

Certainly it seemed the buzzword that followed was a word inextricably linked to the construction industry; housing.

300,000 homes built a year, the target set. Perhaps, as with many things in life, this could be easier said then done. In response to Buildingtalk editor Howard Chapman’s Budget breakdown blog, Ed Thurman, Ambassador for London at Lloyds Bank Group, spoke of his delight that the Government will be investing £204 million into innovation and skills in the construction sector but also said the skills gap in the construction sector needs to be addressed if this housing target is to be met.

Step forward Business Secretary Greg Clark’s industrial strategy white paper… possibly?, Where construction has been listed as one of four areas to benefit from Government backing. The feature policy of this particular department could well give the economy and the construction industry a welcome boost, with public money looking set to be pumped into innovation, infrastructure and training.

In terms of Ed Thurman’s request for narrowing the skills gap, the latter of these three points could prove all important.

The white paper focuses on Britain’s skills, investment in infrastructure and narrowing the productivity gap, not just between the south-east and the rest of the country but also within regions themselves.

As well as construction, other areas which are seen as having major potential and will see investment are life sciences, automotive and artificial intelligence.

Artificial intelligence is an area of particular interest; in fact we have seen recently on Buildingtalk, examples of AI making the news, with Aggregate Industries speaking about how businesses can be massively aided by adopting these systems.

Also mentioned in this industrial strategy was the need for strength in the City to be reflected by prosperity spreading to all parts of the country; HS2 is an example of a large scale industrial project away from the Capital.

And with Prime Minister Theresa May tweeting about the industrial strategy in terms of the ‘Transforming Cities Fund’, with particular focus on Birmingham, where it was launched, could it be the case that the economic growth will be seen nationwide?