Blogs » Is asbestos still a risk in the UK? 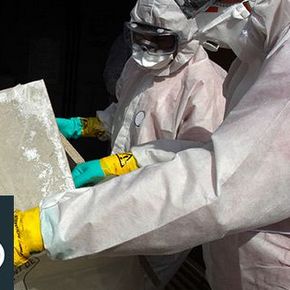 Is asbestos still a risk in the UK?

GUEST BLOG: Liz Burton, an author for High Speed Training, outlines the dangers of asbestos in existing buildings, the risks that persist in the workplace and the impact on health.

The problem with asbestos is that, because it was used so extensively during the 1950s-1980s for its useful properties – heat-resistance, incombustibility, and cheapness just to name a few – it still exists in many buildings, particularly those built before the year 2000.

Although the manufacture and use of asbestos was banned in November 1999, we’re still to this very day ridding existing buildings of asbestos and trying to raise awareness about its dangers. And this is akin to the nature of asbestos: the symptoms and reactions take a long time to develop and leave the afflicted with long-term, long-lasting ill-effects.

Some people are only just now experiencing the aftermath of being exposed to asbestos. That includes those who were exposed over two decades ago and those who may be exposed on a daily basis, such as individuals who work with buildings.

Many people don’t know what asbestos is, let alone the dangers it poses or where it might be present. Coupled with the fact that it can take between 15 to 60 years for ill-effects to develop after exposure, this makes asbestos a very real and very dangerous risk.

Each new generation needs to be educated about it if we’re to completely eliminate the risk it poses decade after decade.

Why is asbestos dangerous?

Asbestos fibres are extremely harmful when inhaled. One isolated instance of exposure is unlikely to cause much harm, but regular, excessive, and/or prolonged exposure can lead to lung cancer and mesothelioma (a type of cancer particularly associated with asbestos).

When asbestos-containing materials are disturbed, e.g. during activities like drilling holes into walls, removing plasterboards, or knocking down walls, fibres are released into the air. If they are left alone, however, fibres are not released and so no harm is posed.

Asbestos can be found in numerous parts of a building’s internal or external structure. This includes:

Houses built within the past decade are unlikely to have asbestos-containing constructions. However, in houses built or refurbished between 1950 and 1980, it’s very likely that asbestos will be present somewhere.

As mentioned earlier, people who work with buildings are particularly at risk; they are most likely to disturb asbestos during work activities. But everyone should be alert to the possibility of asbestos being present in their home or place of work.

People at particular risk include:

What should I do if I discover/suspect asbestos?

First of all, leave it alone. If you ever come across a material you’re not familiar with or unsure about, assume it contains asbestos. Do not disturb it or attempt to remove it yourself.

You should inform your local authority and arrangements should be made for the asbestos to be tested or – depending on its condition – removed by a licensed asbestos removal company.

If the asbestos is undisturbed and in good condition, it can be left alone. But it must be labelled and a note of its location must be made, which can be referred to by anyone who needs to work on the building for whatever reason at a later date, so to avoid disturbing it or to make sure it’s removed safely.

Liz Burton is a content author for High Speed Training, an online training provider that offers a wide range of health and safety eLearning courses, including Asbestos Awareness (Category A).