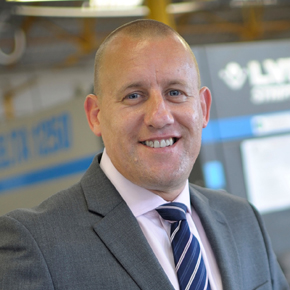 We’ve entered the phony-war phase in climate change. It’s clear to most people that climate change is happening. They can see it. Seasonal plants blossom earlier. Vineyards are common across the country. New animal species have crossed the channel and are working their way north.

Our climate is becoming warmer, wetter and windier. The world is heating up ‘much faster’ than predicted, says Professor Sir Robert Watson ex-chair of the Intergovernmental Panel on Climate Change, and author of a report called The Truth About Climate Change.

Following a succession of record breaking average yearly temperatures, last year was the hottest since records began. This year is hotter. Average wind speeds are rising faster than predicted. Artic ice is melting at the fastest seen. An area of ice almost the size of England was lost in a day recently according to the National Snow & Ice Data Centre in Colorado, three times the usual rate. Sea levels are rising 3mm a year. That may not seem much, but five Solomon Islands have just disappeared beneath the waves.

We’re experiencing the effects of climate change in the UK too. Extreme weather is now an all year round probability ranging from flash floods one day to heat waves the next. According to Lord Krebs, who chairs the Adaptation Sub-Committee of the Committee on Climate Change, flooding is one of the top six risks to Britain. It is rapidly becoming a national emergency. Yet the Government isn’t doing anything about it. It is investing for floods past, not floods future. That’s what Carlisle residents accused the Government of doing when floodwaters poured over recently erected flood defences last year.

Ignoring climate change and the implications is an extraordinarily high risk policy for our economy, our buildings and our infrastructure. At the rate of increase in warming we’re experiencing, and Britain’s lack of preparedness, it can only end in tears.

Governments always have more to do than money and time to do it, so they side step the issue and kick big complicated problems and projects down the road for the next government to deal with. We saw this with SuDS. It failed to get implemented in the Flood and Water Management Act 2010, and was pulled from the Housing & Planning Act at the 11th hour this summer. That was a relief for some developers, who see SuDS and similar engineered solutions as adding hassle and cost to their projects, but not a relief for those affected by the growing risk of flooding.

Although we’re ahead of the game with our joined-up, rain to drain solutions, market push can’t get too far ahead of market pull. It’s essential that Government leads on legislation to create the conditions for market pull to sustain continued investment in new products.

The industry needs new standards, regulations and testing methods to drive change, address product requirements and ensure products conform in high floods. These must then be carried through into building specifications, and implemented without modification in flood-risk areas, to create sustainable demand. Everyone needs to understand this, including the homeowner. It’s a lengthy process!

No single company or organisation can fix this problem, and it won’t be tackled over night, but we need to start somewhere. So I’m calling for a campaign – across this industry and construction – to join me in lobbying Government to take urgent, meaningful and proportionate action.