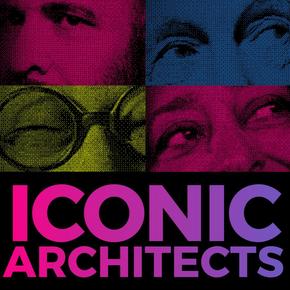 The world we inhabit – the houses, apartments, museums and offices – didn’t happen by accident. The buildings we use every day were, of course, all designed to fulfil their purpose. But every design trend, trope and term used by the architects of today stems from a handful of pioneers.

Throughout history, iconic architects emerged that transformed the way we see the world forever. The very things which we take for granted today were once groundbreaking, and the wheels of change were set in motion by this select few: history’s most iconic architects.

In this Guest Blog, Land-Mark Landscaping Systems showcase the visionary icons of architecture who shaped the world we live in today.

In this interactive visual exploration of the people behind the buildings they offer 9 great architects that changes the world of architecture.

You can use the comments option below to offer your favourite architect and tell us why they should be included in the list of the ‘History’s Most Iconic Architects’.

Her revolutionary work put Britain on the map as a world leader in modern architecture. Hadid’s imposing designs were almost as imposing as the woman herself – a titan in her field with the character to match. Her alien, futuristic buildings stand as a reminder of her genius.

Driven by an intense religious conviction, Gaudí believed that God’s design in nature was perfection. His design elements mimicked the leaves, spiral patterns and honeycomb structures found in the natural world, as well as the animals that inhabit it. His weird and wonderful work is intricate and ornate, with an organic flow.

Frank Lloyd Wright may be the most famous architect in American history. He was an understudy to Louis Henry Sullivan, the father of the skyscraper – but Wright would eventually move in a very different direction to his mentor. Like Gaudí before him, Wright’s work always had nature in mind, a philosophy he called organic architecture.

His paintings and sculptures are celebrated the world over, but his influence on architecture is less well known. Michelangelo was a master when it came to manipulating space and light. St Peter’s Basilica stands as a monument to his genius and vision, an architectural eye that would inspire every other architect around the world.

Before there was architecture, there was the polymath Imhotep, considered by many to be the first ever architect. In his time, his genius was so great that he held divine status. His designs and principles made the Great Pyramid of Giza possible.

Louis Henry Sullivan was the father of the skyscraper. He came into his trade during an engineering revolution, when mass-produced steel became widespread. Before the incorporation of steel into building design, structures were limited by the weight that their walls could bear.

Ieoh Ming Pei was inspired by Le Corbusier and Frank Lloyd Wright but became fascinated with the new International style and forged a path away from traditional designs. His cubist, modernist approach has earned him significant admiration and accolades.

Known as the master of the dome, Sinan is the Ottoman Empire’s most celebrated architect, often being compared with Michelangelo in the West. Over 300 structures were of his design. Most of them were mosques and religious buildings, some of the grandest designs ever built.

Who are the most Iconic Architects?

Use the comments option below to add your favourite architect and tell us why they should be included in the list of the ‘History’s Most Iconic Architects’.