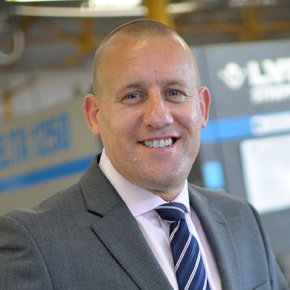 Here we go again! More flood alerts for Scotland and the South West plus possible flooding in Cumbria. Did we see these coming? Are we any better prepared this time?

The short answer is no. We have to get a lot better at forecasting rain, and a lot better at dealing with it when it gets here. It must be truly awful for people living in areas of repeated flooding, but we are at last starting to take water more seriously, so there is the possibility of improvement.

Scientists generally, the Environment Agency and The Met Office are not sitting on the fence: climate change is happening, some effects are happening faster than expected, and humans are largely to blame.

UK and US scientists say global warming and an El Niño weather event made 2015 the hottest year worldwide since the 1800s. They pushed temperatures 1C above pre-industrial levels for the first time. Global heat records were broken or equalled in every month except January and April, according to the US National Oceanic and Atmospheric Administration (NOAA).

Man-made climate change is the main culprit, according to Peter Stott, head of climate monitoring and attribution at the UK Met Office’s Hadley Centre for climate research, which confirmed the US results. El Niño probably accounts for just 10% of the record breaking temperatures. “Temperatures won’t rise every year. But if you were going to be betting you’d bet 2016 is going to be warmer than 2015,” said Thomas Karl, director of the US NOAA’s national centres for environmental information.

So we can expect more heavy rains and flooding, because warmer temperatures load more water vapour into the world’s atmosphere.

Accurately forecasting rainfall and river flows more than a few weeks ahead is impossible, because of the chaotic behaviour of weather systems. But, assume that rainfall and river flows fluctuate randomly in the long run, so average values can be estimated accurately from lots of observations of past events. Then assume results don’t change over time – that’s what the forecasters call ‘stationarity’ – and build these average values into flood defence plans.

It used to work. But as the climate warms, forecasters are behind the curve. So more frequent, intense storms and severe flooding are more frequent surprises.

Financial advice regulators warn against unwise investing based on past results. In the same way, past weather, rain and river flows are no longer reliable guides to future weather, rain or river flows.

We need to invest, budget and build for the future not the past.