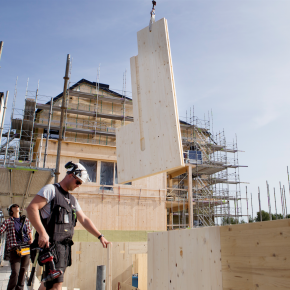 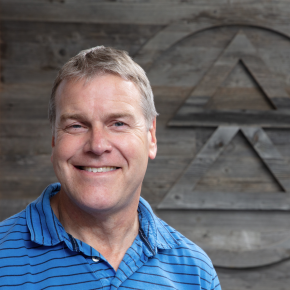 Following the government’s decision to restrict the use of combustible materials in the external walls of new buildings over 18m tall from last December, Jeremy English, Sales Director at Södra Wood Ltd, considers the impact of the legislation and the immediate and longer-term implications to the construction sector.

At the end of last year, as part of fire safety improvement measures intended to prevent another tragic blaze like that seen at Grenfell Tower, Housing Secretary James Brokenshire introduced new legislation. As well as addressing issues around cladding, the Ministry of Housing announced new Building Regulations restricting the use of combustible materials in the external walls of new buildings and specified attachments with a storey above 18m in height.

The restrictions, which include residential blocks of flats, student accommodation, care homes, sheltered housing, hospitals and dormitories in boarding schools, have been in force since 21 December 2018. The amendments now require that all materials which become part of an external wall or specified attachment achieve European Class A2 or Class A1 fire resistance.

Although timber played no part in the fire performance failings seen at Grenfell, this sweeping change has profound implications across the construction sector. Architects, builders and suppliers of timber and engineered timber products such as Södra Wood are now looking at what the future holds for mass timber builds – and, in particular, the specification and use of cross-laminated timber (CLT) as a strong, lightweight structural component for multi-floor structures.

With over 500 buildings already constructed using CLT technology over the last 15 years, the UK has become a world-leading adopter. In an impact assessment, even the government admits that the scope of the ban will affect CLT and “will likely slow down the use of engineered timber in future developments over the medium to long-term.”

There is no question the restrictions are intended to enhance occupant safety. But they also have some far-reaching effects. CLT-engineered systems, for instance, maintain predictable structural integrity in a fire. They can offer occupants vital time to evacuate a structure, and for emergency services to fight the blaze.

Since first introduced into the UK in 2004, CLT has become an increasingly popular choice for structural components. Manufactured off-site in fully-controlled factory conditions, CLT construction has the potential to significantly reduce build times. It is easy to transport and modify, minimises noise pollution on site and is highly cost-efficient to produce and use. Crucially, timber is a natural renewable product and CLT offers planet-saving environmental carbon capture benefits. Climate-change studies show that timber construction reduces greenhouse gas emissions by around 50 per cent compared with concrete structures.

Given these far-reaching benefits, it’s hardly surprising that some prominent industry players are questioning the scope of the changes, and highlighting some unintended consequences. One of the leading proponents of

CLT construction in the UK, Waugh Thistleton Architects, has commented that the government statement demonstrated a “misunderstanding” of the fire performance of engineered timber and had “overreached its stated aim” of fire safety improvements following the Grenfell disaster.

The legislation cites the catch-all term of ‘combustible’ materials. However, it’s important to remember that, when subjected to sufficient energy and oxygen, most things will burn. Moreover, when a construction material is labelled ‘combustible’, this tells us nothing about how it will perform in a building fire. A wealth of factors will dictate this, including the design of the structure and how the system is engineered and constructed.

Structural timber and CLT products have very predictable charring rates. When exposed to fire, the load-bearing core of a beam or truss will remain intact while the char layer remains to protect it. The char forms an insulating layer preventing an excessive rise in temperature within the unburnt core. The core continues to function, providing a predictable period of fire resistance.

By specifying an appropriate cross-section and number of timber-ply layers, designers can ensure a structural timber member is sufficiently sized to allow for the loss of timber through charring, and so retain structural integrity for defined periods in a blaze.

In terms of posing a fire risk, buildings can be vulnerable during construction unless they have been adequately assessed with mitigating measures taken. Since most mass timber construction does not call for hot work or grinding, a major ignition source is completely removed. In the case of new builds which adjoin other pre-existing properties, the timber of the adjoining wall is typically treated with an intumescent fire retardant, allowing time for any blaze to be safely extinguished before it can take hold of a property. Södra, for example, offers timber products treated with Protim Frameguard®. Once surrounded by non-flammable materials like bricks, blocks and plasterboard, the combustion risk for a timber frame is limited.

The need for a considered evidence-based review

It goes without saying that all of us welcome any change that could reduce the likelihood of fire and potential loss of life in any building. But, like others, I am concerned that decisions should always be evidence-based, using the most accurate real-world testing available. It is not wise to simply adopt systems that are perceived as being made from non-combustible materials when we do not have proven performance characteristics available from testing in the event of fire. There are also other issues to consider such as the chimney effect, which can see fire spreading rapidly even in non-combustible structures.

In the past, initiatives such as the Timber Frame 2000 project have provided valuable data about the performance of timber frame construction, in particular fire safety performance and resistance to collapse. In the BRE’s giant hanger at Cardington, a research team designed, built and tested a typical six storey multi-occupancy residential block with four, two-bedroom flats per floor around a service core. The large panel platform frame construction included communal staircases and lift shafts, all constructed with C16 timber. A full-scale compartment fire test proved the building could withstand and compartmentalise a natural fire 10 per cent more severe than a standard 60-minute fire resistance test. These findings resulted in a positive change to Building Regulations at that time allowing use of structural timber products in a separating wall and external walls up to 18m.

Presently, the Structural Timber Association, amongst others, is currently augmenting its already extensive fire-resistance testing data. Further investigation will determine how the in-situ fire resistance characteristics of structural timber systems can be best exploited in modern high-performance buildings. Its findings are expected later this year. Once they arrive, I believe that we should then have an informed review of regulations.