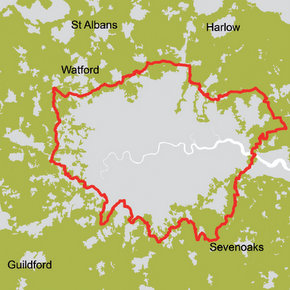 Howard Chapman takes a look at the new LSE proposals for the expansion of London’s housing supply via the strategic use of the Metropolitan Green Belt.

The Metropolitan Green Belt around London was originally proposed in the late nineteenth century; it was first realised in the 1930s, and expanded under Abercrombie’s 1944 Greater London Plan. After decades of growth, the Green Belt now measures 5,160 square kilometres and covers parts of 68 local districts and London boroughs.

The current aims of the Green Belt policy are set out in the National Planning Policy Framework (NPPF), which states that the policy’s fundamental objective is to prevent urban sprawl by keeping land permanently open. The government guidance also suggests that local authority might want to utilise Green Belt to improve public access, provide recreation opportunities or improve the appearance or quality of the land.

A new report from the London School of Economics (LSE), entitled A 21st Century Metropolitan Green Belt, calls for the careful and strategic development of the Green Belt in and around London, to help deliver the new homes needed for the city’s expanding population. 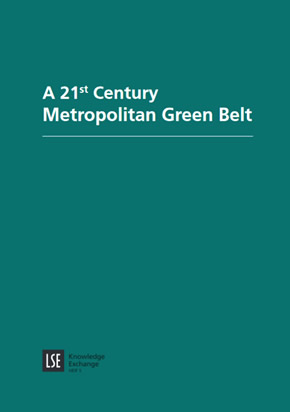 This would help to create new metropolitan villages, within 2 miles of existing transport links, whilst making effective use of the ‘corridors’ of Green Belt land, adjacent to major roads, such as the M11 between London and Cambridge.

These new housing developments would not be added in ‘piecemeal’ encroachments onto Green Belt; they would be part of a new planned approach to building on protected land to create a bigger city, complete with ‘wedges’ of accessible, high quality green space.

‘We have reached a point where we cannot keep on disregarding the Green Belt as an option for well thought out development,’ comments Alan Mace, assistant professor of Urban Planning studies at LSE.

‘Brownfield sites cannot supply enough land to meet the projected housing needs in London and the wider south-east. People often look at the Green Belt and say, “who would want to lose this?” But they’re looking at land that is protected in other ways, such as metropolitan parks or areas of outstanding natural beauty, and this would not change.’

However, in initial response to the LSE’s proposal, the Campaign to Protect Rural England argued that said the priority should be Green Belt protection.

Paul Miner, the CPRE’s planning campaign manager, commented: ‘If we are to build the homes we need, we have to reinforce current protections and put Brownfield first, not weaken Green Belt policy on an agenda of economic growth in the south-east.’

Despite this, LSE firmly believes that housing should be strategically built on the Metropolitan Green Belt to halt its piecemeal development and alleviate development pressure on the wider South East, whilst protecting environmentally important areas.

Other useful reports on Green Belt: