The NHIC Awards recognise achievement in the UK housing arena,

These presitigious awards were presented at a special luncheon in London on 12th November 2015. 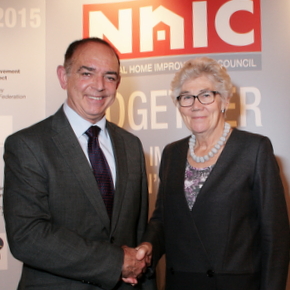 Finalists in award categories covering a spectrum of housing projects and associated activites attended the event hosted by Baroness Maddock, President of the NHIC.

The awards were presented by Lord Bourne of Aberystwyth, Parliamentary under Secretary of State at the Department of Energy & Climate Change, who also gave the invited audience an update on current government energy initiatives.

The NHIC aims to encourage a vibrant renovation, modernisation and improvement market in the private and public sectors and maintain the highest standards of improvement in the Nation’s housing stock.

These awards, first introduced in 1974, continue to help raise the profile of the many inspirational initiatives that are characteristic of our nation’s ingenuity in the field of housing.

More details of the NHIC Annual Awards can be found by visiting www.nhic.org.uk