Blogs » Overhauling the system that led to the Grenfell tragedy 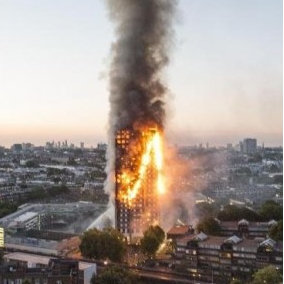 Overhauling the system that led to the Grenfell tragedy 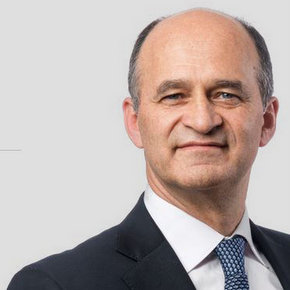 The Independent Review of building regulations and fire safety should be a pivot point to a safer built environment, but the interim report published last month disappoints on multiple fronts. The report makes no urgent recommendations on improving the standards of materials we use on high-rise buildings, despite the role combustible cladding and insulation played in the Grenfell Tower fire.

Instead, the interim review banks on industry-led “culture change” of the industry itself, alongside another industry-led effort to reform the failed “test-and-study” approach to building safety that dominates today. The stakeholder summit held this week has made encouraging noises, but it still relies fundamentally on industry self-regulation to protect public safety. At best, this means tinkering with the status quo when a thorough overhaul is required. At worst, it lays the foundation for another Grenfell.

A lack of strong prescriptive regulations gave us BS 8414 tests that don’t reflect real-life construction conditions and desktop studies that fill the gaps based on someone’s opinion. The BS 8414, which the DCLG (now MHCLG) has used to guide local authorities, lets manufacturers paying for testing their own materials determine key parameters within the test – which can have a direct bearing on the pass/fail outcome.

If the temperature rises by a certain amount within the first 15 minutes, the system fails the test. Placing the fire barrier below the thermocouple naturally protects it from the flames and heat, an interesting way one could influence the test result.

And on the 4.0-metre-wide total vertical surface space, the DCLG tests included three vertical fire barriers, whereas in accordance with UK building guidance, one would typically see vertical barriers every 10 to 20 metres.  Plenty of fire barriers, but no windows or ventilation openings, which would be naturally present on real buildings.

All this is entirely permissible under the current industry-designed “test-and-study” regime.

How does this testing regime work in practice?  In the UK, BS 8414 tests are run by the BRE, a private, for-profit company that charges tens of thousands of pounds for each test.

Manufacturers can keep testing systems until they pass. When the manufacturer commissioning the testing gets a pass result, it can take that to local councils, landlords, or building owners as a safe system. They have no obligation to disclose how many times the system they are marketing may have failed the test, or to disclose the specific design details of the test it passed.

But industry self-regulation gets worse still.  As it’s impossible to test every façade system combination, industry devised desktop studies that allow companies to hire a private consultant to proffer an opinion on whether a proposed system would be safe in a fire. In these studies, one is not required to use any directly relevant test data. Nor is there any requirement to publish the results, and the public has no legal right to see them.

Such is the industry-led “test and study” system the Hackitt Review interim report seemingly wants to tweak.

Public safety requires more than building regulation by the industry for the industry. The public deserves government leadership to safeguard people’s lives and the buildings where they live, learn, work, and heal.

Dame Judith rightly highlights the need for simple, unambiguous regulations. And she can help meet that standard by recommending regulations that simply and unambiguously require non-combustible cladding and insulation on mid- and high-rise as well as sensitive and high-occupancy buildings.