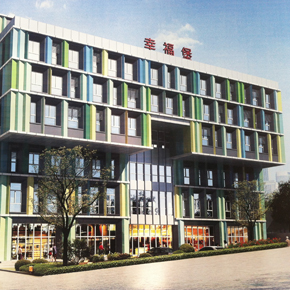 REHAU’s Malcolm Taylor comments on the Chinese Passivhaus market, which is now one of the fastest growing in the world.

China may once have been criticised as the world’s biggest polluter, and no one would argue that it hasn’t still got a long way to go in addressing this international issue; but there are some really encouraging signs in the construction market which indicate that it’s finally starting to go just a little bit greener.

Reports from REHAU colleagues in China are that Passivhaus is being taken very seriously there now and some really interesting and large scale projects are springing up.  In fact, purely in terms of start-up projects, you might be surprised to know that the Chinese Passivhaus market is now one of the fastest growing in the world.

Experienced Passivhaus designers and planners are suddenly in real demand and there’s lots of work taking place to make the knowledge transfer process as quick and effective as possible.

In contrast to the UK where the market in the early days was driven largely by enthusiastic self-builders and architects of one off residential properties, in China, it’s in the commercial sector where Passivhaus is making a big impact.

Passed by the German Passivhaus Institute in August 2014, the air tightness is just n50=0.2h-1.  Obviously, air tightness of buildings in some of China’s high pollution areas is particularly important.

Since then, REHAU has been involved in supplying its Passivhaus certified GENEO window system to lots of similar projects, including a 5000m² five storey office and apartment building in Zhuozhuo City with an air tightness score of n50=0.1h-1 which is now being used by the Chinese government as a pilot project for Passivhaus technology in offices.

As you might expect, the German and Austrian governments are closely involved with the Chinese at the moment in assisting them with the planning and certification of projects.

Considering the high levels of pollution China still creates, the more Passivhaus building designs and constructions erected will help to negate the environmental effects of at least some of this.