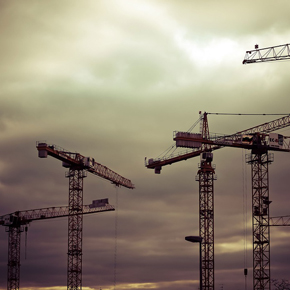 Howard Chapman, Buildingtalk Editor, looks at the latest construction PMI report of a return to growth in the UK Construction industry.

According to the latest Markit/CIPS UK Construction Purchasing Managers’ Index (PMI), the UK construction industry reached a better than expected eight-month high in November. However, costs are growing at the fastest pace since 2011, fuelled by the post Brexit vote drop in sterling.

Companies also reported the resumption of some major projects delayed after the Brexit vote and construction jobs growth hit a six-month high. There are concerns about the build-up of inflationary pressures, uncertainties over the long term impact of Brexit, and problems created by the skills shortage in the UK.

Bloomberg reported that though construction activity in the UK grew, companies warned that rising costs are squeezing their profit margins.

The PMI index rise last month was underpinned by increased commercial and civil engineering work as well as growth in house building. Tim Moore, a senior economist at Markit said “UK construction companies experienced a steady recovery in business activity during November, which continues the rebound from the downturn seen over the third quarter of 2016”.